Would there end up being movies, tv shows, and cartoons based upon the DC comics Infinite Frontier and DC Future State storylines?

As time progresses, I imagine we’ll, at minimum, see elements from those stories pop up into assorted non-comic media. Outright adaptations could be likely in the direct-to-video animated movie landscape.

Regarding Future State, Yara Flor was going to have a series on The CW, but that was either put on hold or outright cancelled.

I would’ve thought it’d be a while before we’d start to see any adaptations of Infinite Frontier/Future State material, but given that some producers started trying to get a Yara Flor live-action show off the ground before she even debuted in the comics, there could still be some surprises in store when it comes to that. And I suppose it remains possible that the Wonder Girl show could be made, but if it does happen, it won’t be on the CW 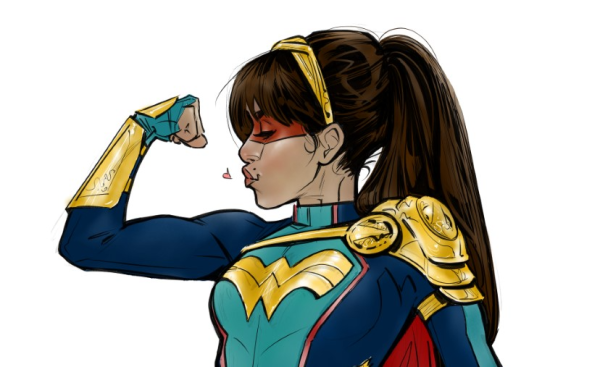 ‘Wonder Girl’ TV Series Not Going Forward At The CW

Wonder Girl will not fly at the CW. The CW is not moving forward with the project, which came from Queen of the South executive producer/co-showrunner Dailyn Rodriguez and Berlanti Productions in a…

I think maybe within a few years we could see something, but it’s still fresh. I think they’re still feeling out what’s working, what’s not working and so on. It took them like three years to get New 52 stuff with the DCAMU, but then again that was a line-wide reboot, while Infinite Frontier is more like a quiet addition to the universe.

HBO Max could be a good home for a Yara Flor series.

Animated, Showcase Presents-style shorts of the Future State minis would be fun. Perfect format to adapt some of them (or their major highlights, at least).

Showcase shorts would be EXCELLENT! They span different eras and characters, so I can easily see something like this happening. Fantastic suggestion!

CW already have plans for the Yara Floor Wonder Woman as Wonder Girl before she became Wonder Woman. So I personally was thinking shows even if it is additional shows about characters who live in and are still alive after the year 2050 half a decade by half a decade decade by decade.

Actually I had stumbled upon a article that is claiming that CW is afterall working on the Yara Floor Wonder Girl tv show for the 2021-2022 season.

Can you link to the article? I’m curious what their source is, cause all I see is stuff on the CW not moving forward with it.

I’d be down for a Yara Flor show. They can’t use Diana cause of the films and Donna is on Titans, so this would be the best route to go for someone from the Wonder Family getting on the CW.

Can you link to the article? I’m curious what their source is, cause all I see is stuff on the CW not moving forward with it.

Same here. From mid-February on, it’s just articles that make a passing mention of Yara at most, but nothing that actually updates the situation

Would love to see an ongoing series of the Showcase shorts.

I tried but I am too new of a member to do so.

Any chance you remember the source/site?

Here’s the article in question. The problem is that it was published in December, several months before the CW officially passed on Wonder Girl (and Painkiller, for that matter). In fact, the only show here that will have premiered by the time the year’s up is Superman & Lois since Naomi’s not set to debut until next year 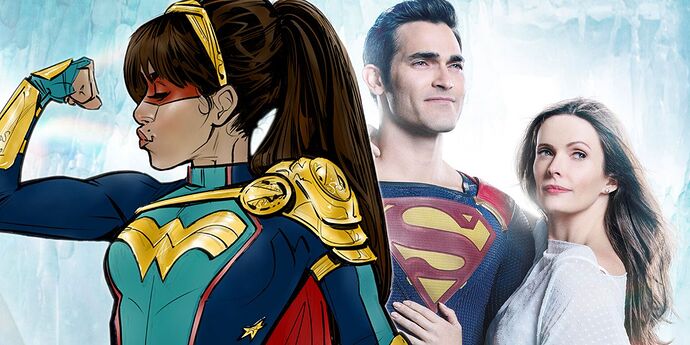 But still clarification and also their is the matter of the following then Although if they wait too longer on show development they might put their portion/portfolio of the entertainment industry down the gutter which I honestly think would ultimately be counter productive to their goals and desires. And Superman and Lois have already premiered. So rather than making more shows and films is DC comics/Warner Bros/CW portion/portfolio of the Entertainment industry ends up going down the drain unless of course the Federal government specifically the White House’s stimulus package to the Entertainment industry works out after all. Actors Equity: FORBES: HOW THE $2 TRILLION STIMULUS PACKAGE WILL HELP THE ENTERTAINMENT INDUSTRY, CNBC White House builds business coalition to support Biden’s Covid relief plan, CNBC White House considers splitting $3 trillion recovery plan into two bills, The Washington Post White House divisions sow confusion about strategy on stimulus next steps, The New York Times White House Floats $1.8 Trillion Stimulus Offer in Last-Ditch Effort.

I think given the date of that article along with the CW passing in February, this version of Wonder Girl might not come to our screens for a long time, if at all.

So I wonder if would they attempt to figure out how to fit such (post Dark Nights:Metal) Infinite Frontier/Future State Greater Omniverse storyines into the 2021-2022 season and future possible seasons of the Flash, Superman and Lois, Legends of Tomorrow, Batwoman, Star Girl, Swamp Thing, Teen Titans, HBO Max Green Lantern, other HBO Max DC comics tv shows, and DC Extended Universe films. And I hope that Warner Bros, HBO Max, CW, DC comics, DC studio would try to work out ways to long term strategies to directly and indirectly work with Disney Plus, Disney Studios, Marvel comics, Marvel Studios and BBC One/Doctor Who, Doctor Who comics/Doctor Who Monthly, Doctor Who Audio, and Big Finish(Doctor Who universe Audio dramas) for telling stories on how DC comics Infinite Frontier/Future State Greater Omniverse storyline works into the Marvel comics Omniverse storyline, and the Doctor Who Omniverse storyline.

And then all three overall franchise/companies try to figure out how to long-term work with the smaller Entertainment industry science fiction genre and Fantasy genre franchises (comics, films, tv shows, audio dramas, audio books, and cartoons) to structurely fit them into the DC comics Dark Nights: Metal/Infinite Frontier/Future State Greater Omniverse storyline, Marvel comics Omniverse storyline, and Doctor Who Omniverse storyline. I guess I am trying to say that for such great endeavor storylines to ultimately work out in the end they have to keep in mind that now on they must figure out ways to in the long term(possibly near permanently or even actually permanently transcending the changing of entertainment industry head honcho staff) rather than the usual short term work together rather than against each other for such story line long term common goals.