Question...for the next set of DC Animation movies would you rather see them focus on Kingdom Come, Injustice, Or Dceased? 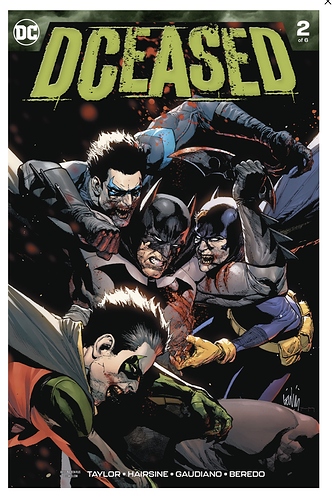 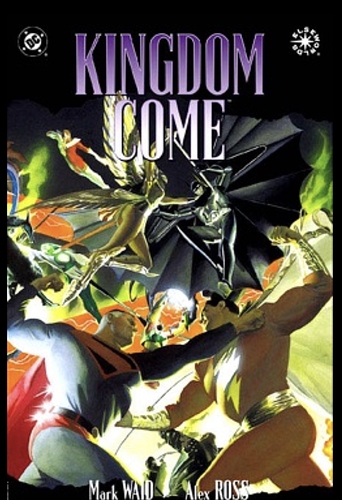 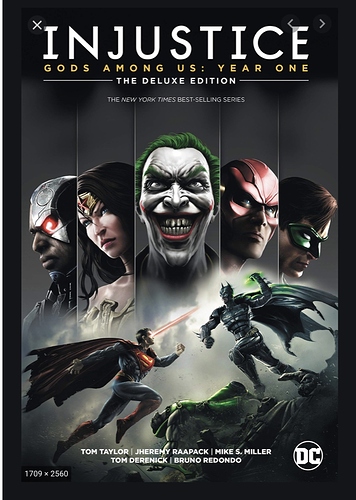 Is there a fourth option?

I guess I’m stuck going with Kingdom Come by default.

Of the three of those, I’d like to see Kingdom Come, but somehow done entirely in stained glass.

What do you think would be a good 4th option

I dunno. Something more upbeat? How about the Super Sons?

Injustice would be really cool as an animated feature. I think Kingdom Come would be hard just given the iconic art. I don’t feel that even with today’s tech that animators could do it justice within a reasonable budget.

oh goodness, don’t make it easy for us or nothin! Love all three. I want to say KC, but would want it to be a 2 parter at least. Injustice I think would be best formatted into a series. DCeased would be the only one I would be ok with it being just one movie. So my heart wants KC the most but only if they can can do it justice and have it be at least 2 movies and strictly stay true to Waid & Ross’s work no story alterations. Otherwise I’m gonna go with DCeased to play it safe.

I’d like to see Kingdom Come and do in a different style all together. Anime meets GLAS. Yes, Ross’ art is astounding, but that doesn’t mean they can’t do the story with a different artistic style. Much like Gotham Knights and Batman Ninja, DC Animated didn’t stick they’re classical style. So doing a good story that also allows them to do some artistic experimentation, in all for. Just embrace the we are going to do story X and it’s going to look nothing like the comic by choice.

Actually doing Kingdom Come the Fliesher style of animation would be awesome.

I would love to see Deceased, but I think it would be profitable and a safe bet for them to make Injustice, as its such a popular franchise in more media other than Comics.

Of those I would pick Kingdom Come

Although I think there would be some difficult adaptations, as some of the DC characters are not the same as the general public knows.

YES! I’m good with that.

Tom Taylor is one of DCs best writers ever and Injustice is his epos.

Where I think his DCeased is a run of the mill zombie story, Injustice is an ode to the whole DC Universe and its inhabitants in the greatest What-If story I have read. I put Injustice in the hands of my neighbour and now he is a comic book reader.

Kingdom Come has really great art and some elements I really love, but it’s not even a close call for me.

Of the choices offered, and if I can only choose one, I would go with DCeased. Zombies are cool and I don’t want to see the changes they would make to Kingdom Come to fit a movie.

As for Injustice, I would rather they release another game.

I don’t want to see the changes they would make to Kingdom Come to fit a movie.

I wonder if they’d just go ahead and refer to Ibn al Xu’ffasch as Damian. It’s the same character, technically.

Of those, I’d go with Kingdom Come, but like @Tromeo said- if they ever want to do that book justice, they’d have to commit to a budget that’s waaaaaay more than they’d ever give to an animated film that isn’t getting a wide release in theatres.

What I’d really like to see is Grant Morrison’s JLA stories brought to life in animated form. I love those stories, and I hate that they got passed over in favor of Geoff Johns Justice League, as far as picking which stories to animate.

6 years ago I would have said Kingdom Come but they don’t do storylines from the comics nearly as much justice as they used to. After Hush, I lost hope on good adaptations. Now I would choose Injustice because it’s the one I cherish least. I think if they’re going to try and connect it to a shared universe then they should do original stories.

I’m not a fan of animated movies that are thinly-veiled advertisements for video games (you heard me, Assault on Arkham), so I’m really not interested in an Injustice film. And any lingering interest I had in zombies died alongside George Romero.

I’ve never read Kindom Come, played Injustice, or read DCeased. However, I’ve read a few of the comics from Marvel Zombies and it was engaging.

A DCeased film would be one that will probably attract a lot of attention and curiosity.

Kingdom Come is on the app, as is the series based on Injustice, and the first issue of DCeased. Go forth and read great comics!