Is failsafe pre or post-DC? becasue we got a Editors note in 128 stating the events are pre-Dark Crisis but we have a epolog image of Failsafe in DC 7. do i go off the editors note or the picture? 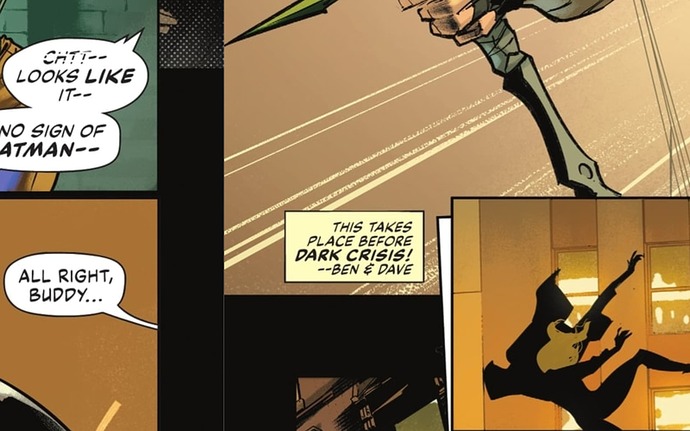 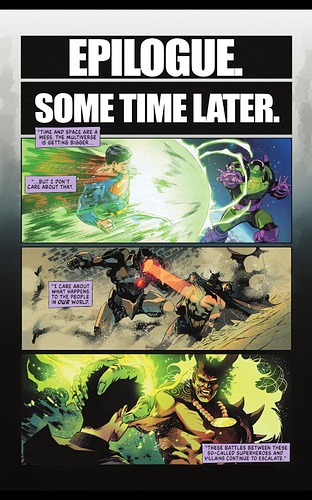 I am inclined to go with the editor’s note.

A probable mistake by the editors who made Dark Crisis but I think it’s OK to say that Failsafe took place before dark Crisis and that the epilogue takes place after both.

Based on the depiction of the other heroes, looks like Failsafe is before Dark Crisis. Might be possible for batman to meet failsafe again after Dark Crisis.

Before Dark Crisis. Ollie appears in Batman #128 and homeboy is missing at the end of Dark Crisis. In my head, that moment in the epilogue is Amanda Waller going through the crazy things that have happened lately and not necessarily and indication of when they happened.

thanks thats basically what i was thinking. As Failsafe is still around, he seems to have a second operation mode.