Many, maybe most people here at the DC Community use the profile pictures provided by the Community. But then a lot of us have our own profile pics we created ourselves. For those of us who have our own profile pics, then, what is the origin story behind that picture? Was it taken from one of you favorite DC comic books, movies, or TV shows? Was it a photo taken on a particularly memorable occasion? Does it have any personal significance for you?
My profile picture is a little over eleven years old and stems from the promotion for the movie Green Lantern (2011). After the success of the “Simpsonize Me” app (part of the promotion for the movie The Simpsons), which let people turn themselves into characters of the sort seen on The Simpsons, it seemed as if every movie or TV show was being promoted with apps to turn themselves into various characters. This was the case with Green Lantern, which let you make yourself into a member of the Corps. The photo I used was just a selfie I took one night while at my desk. I ran through the app and, voila, I was now a member of the Corps! They even assigned you a sector (I long ago forgot what mine was) and provided you with desktop wallpaper. I started using it as my profile pic on various sites, as I thought it was cool. It also led to a running joke among my friends that I am an actual Green Lantern. Aside from the fact that it looks cool and I don’t take many pictures of myself, I am still using it eleven years later because V told me never to change. When V was kicked off Twitter for a time, I campaigned to get her back on. She told me never to change my profile pic, because I am a superhero.

Mine’s pretty easy. It’s the minecraft skin of how I imagine my character would look.

A Batman Thumbs up picture that I stumbled on one day. Really like the art of it and it fit pretty well in the circle

. And have just been using it since (while occasionally switching for holidays.) 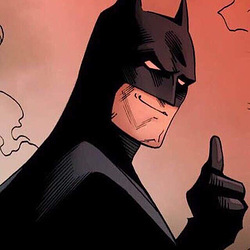 i’d like to put something interesting here but honestly i change my pfp every few months because i get tired of seeing the same picture 20 times a day. it’s currently joker-ised tim drake for halloween season and also to make fun of myself because every time i see it i break a little inside 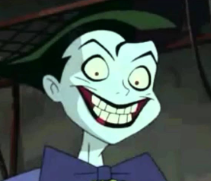 That’s a good idea. Every year for each holiday, I change my wallpapers and screens to the current holiday. Thanks for reminding me. I gotta change my DC profile pic

Edit: The site is being stubborn or it won’t save my changes, so maybe another time lol

Edit: The site is being stubborn or it won’t save my changes, so maybe another time lol

Have you logged out? Normally changing it requires logging out after changing it and then logging back in.

I just at this minute logged back in lol. I’ll try it though

Mine is based on this picture from the Comedian’s Before Watchmen comic. 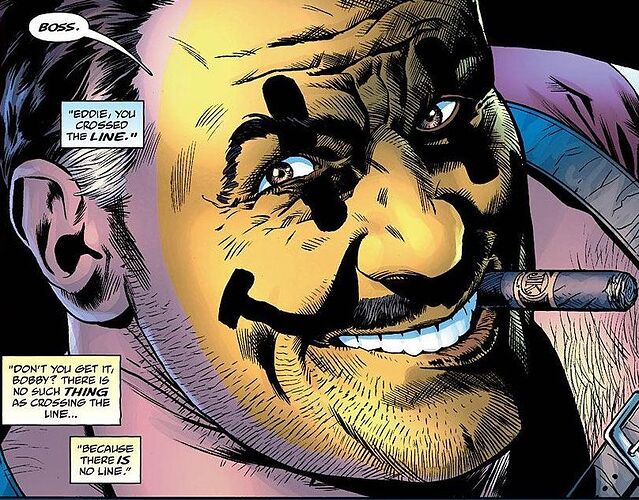 I just thought it was cool and it went well with “Killing Joke69” which is both an homage/reference to the Joker and Harley Quinn’s 69 joke from THE Suicide Squad movie. 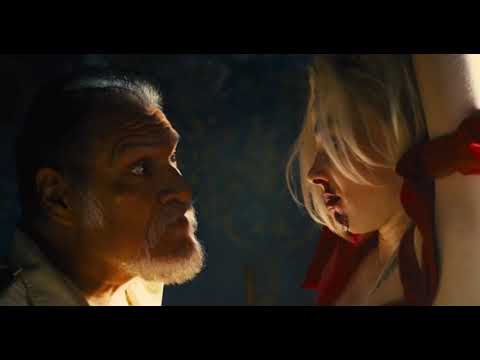 My current profile pic is Ice. Through the years I thought she was a cool character but never really put a lot of thought into her. That all changed as I was reading one of the volumes of Wonder Woman and Justice League. There is a story that features Ice’s family, more importantly, her brother, Ewald. In the grand scheme of things, he is a relatively minor character. However, Ewald (pronounced A-valt, I have an extremely German name) is my middle name. Considering that is the first time I have EVER seen my middle name anywhere in American pop culture, I became a huge fan of Ice. Granted, it should be her brother in my profile pic, he is somewhat lame and not nearly as cool as Ice, pun intended.

I also thought Killing Joke was a fitting name just because of how cynical and brutish the comedian’s character was. And I got really into him after reading the book and seeing this article. Watchmen's Comedian is cynical and engages in deliberate acts of amorality, displaying the moral ambiguity of American imperialism.

Also stumbled upon this video which I thought was interesting. Who is V? And, yes, if you were able to rally the troops to get someone back on Twitter you are a hero!

V was my dearest friend whom I absolutely adored. Sadly, she’s no longer with us.

I’m sorry to hear that. From your Twitter story, you definitely showed that you adored her through your actions.

I’m a huge Mike Grell fan so I chose TravisMorgan as my screen name to honor him and because I knew I wouldn’t wind up being TravisMorgan9999999 because the character is not A-List material.

I had grabbed the drawing from his website years ago and used it as my profile pic for my PC. It also fit really well on the DCUI site.

A long time ago I used to change my profile pic on social media sites for the holidays, but I don’t any longer. I did have a variation of my current profile pic with a Santa’s hat I used for Christmas, but unfortunately it was on an old computer that went belly up and I forgot to save it elsewhere!