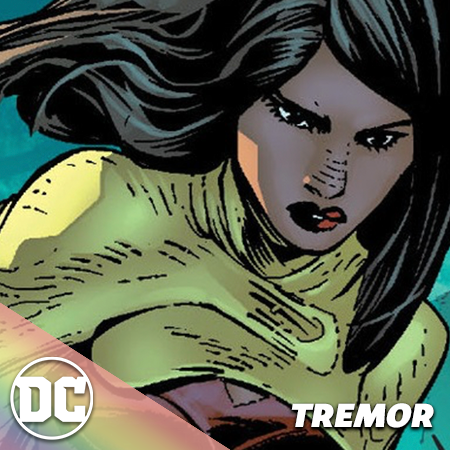 Pride Profile, Tremor: Roshanna Chatterji is an Indian-American capable of generating shockwaves in the earth. Created by Gail Simone and Jim Calafiore and introduced in The Movement #1 in July 2013, Tremor was forced to let a team member know that a romantic relationship between them wouldn’t work because she is asexual. 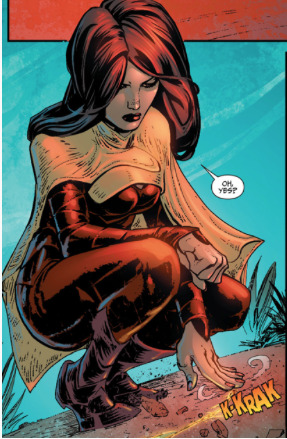 Hey, it’s Tremor! Tremor was briefly introduced by creator Gail Simone a little while prior to The Movement as a minor character in 2010’s Secret Six #25-29, but we only started really getting to know her in the 2013 series. She came out to her teammate Mouse as asexual in 2014’s The Movement #10 — making her the first, and to date only, character to do so in DC Comics history.

In The Movement, Roshanna, a woman with the metahuman power to manipulate shockwaves, got in a fatal drunk driving accident and ended up under the thumb of Amanda Waller. Waller set Roshanna up to join Coral City’s league of young social justice vigilantes known as “The Movement” to be her mole on the inside — but before long, Tremor began to believe in The Movement’s cause, and defected from Waller’s control.

The Movement was canceled 2 issues after Tremor came out, but she just made a return after a 7 year absence as an extra in the pride parade-turned-Eclipso battle in this month’s DC Pride special.

Could she be a member of the “JLQ”? And if so, will we see them again after this? Will DC ever get a second asexual character? I hope so!

Promised a Tremor, Tremor delivered. Thanks for the deeper dive.