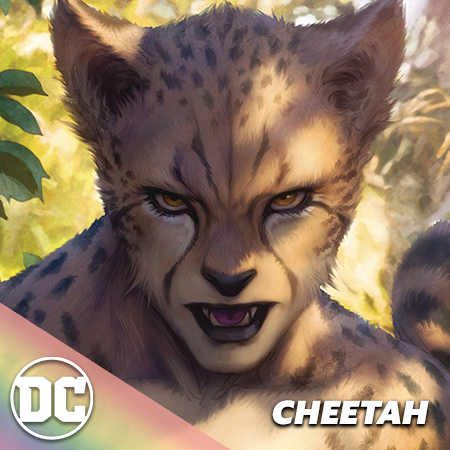 Pride Profile: Cheetah, Barbara Ann Minerva. From Cheetah’s Golden Age inception as Priscilla Rich, the character at her best has been about conflicting dual natures and how that struggle results in Cheetah striking out against Wonder Woman. This conflict was renewed by George Perez introducing archeologist Barbara Minerva as a new Cheetah. Minerva’s inner conflict is even more primal as the brilliant evil heiress is literally turned into a bloodthirsty were-cheetah. Minerva, updated and provided more nuance by later writers, would become less the all-out villain and more the victim of her own flawed attempts to cure painful physical conditions and breakout from the confines she finds herself in. Added to this subtext of Barbara’s inability to come to terms with herself is a romantic relationship with Etta Candy that makes her descent into animal bloodlust more tragic. In spite of this, Wonder Woman, no matter the era, never gives up on trying to help Cheetah find peace.

I really enjoyed her in WW Rebirth, so I’m just gonna drop these off… 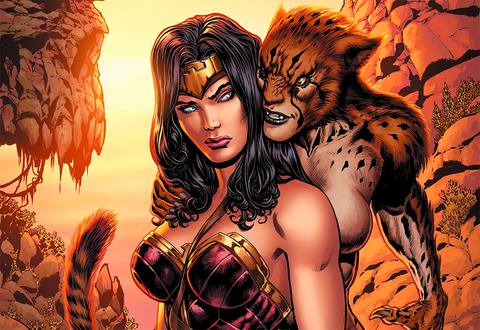 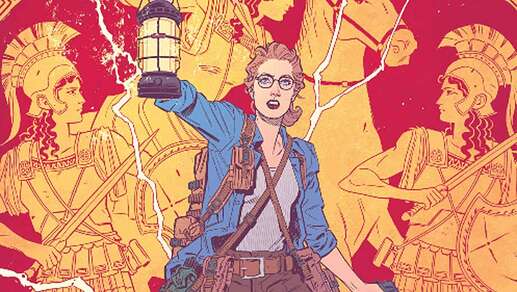 @msgtv Agree. There’s a lot more empathy for her, and it really gives the arc some weight.

Gonna drop this here too

And, I think Kristin rocked the role of a slightly different version of Barbara-Cheetah

I think Kristin rocked the role

She really did! I enjoyed the take on the character. Loved this whole scene

I have to admit, I wasn’t a huge fan of Rucka’s run of Wonder Woman, but his take on Cheetah there was one of the best parts of it.

I also have to admit that when I first read it her having a relationship with Etta did not register to me at all. Like, I read Barbara asking Etta if she heard of Sappho and I was just oblivious thinking, “Of course she’s heard of Sappho. I mean, she’s not as big as some of the other philsophers that are talked about with Greece/Roman times but she’s fairly well known.”

This made me laugh, because it didn’t take me as long, but I focus closely panel by panel generally so, like you, it seemed like

totally normal conversation to me at the beginning of the page, but by the end 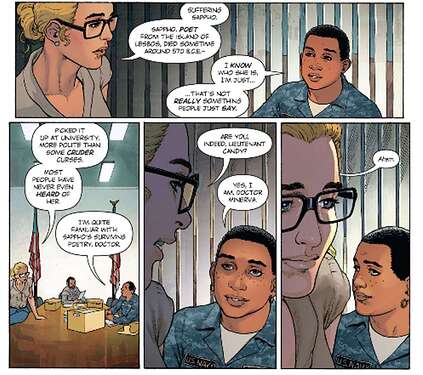 @Razzzcat What are the two cartoons that you referenced here? I haven’t watched very many cartoons and now I am intrigued.

I should mentioned I loved DC Super Hero Girls. It’s made me want to branch out in modern cartoons.

Heeey @SteveTrevor2.0! The first is Justice League: Doom and the second is WW: Bloodlines. Not a bad way to spend some time if you’re looking for something to watch.

Thanks! I have some digital credits on Amazon that are burning a hole in my digital pocket, but not for much longer!

Why haven’t I watched Superhero Girls? Just look at that Cheetah.

@SteveTrevor2.0 I hope you enjoy them! Bloodlines is pretty great—they kind of shoved a LOT into it, tho (since Diana doesn’t get the same amount of coverage as Bats or Supes and their 1000 movies) They were looking to make up for lost time, I guess.

Not on the show much, tbh.

Bloodlines is pretty great—they kind of shoved a LOT into it, tho (since Diana doesn’t get the same amount of coverage as Bats or Supes and their 1000 movies)

I really love Bloodlines. I do wish maybe they’d spaced out some of those storylines so I could have more WW animation though. But Etta is one of my favorites parts of that movie.

Both true facts. Even moreso, the boy band song Hal and the others sing lives rent-free in my brain for all time.