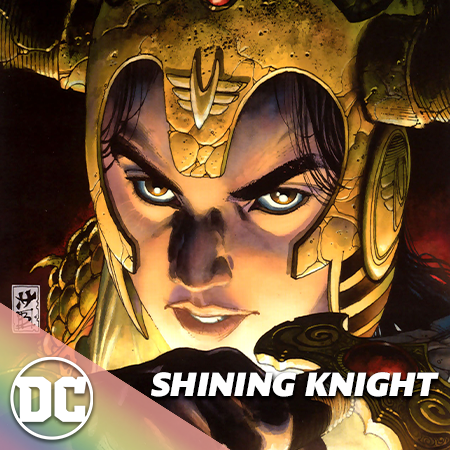 Pride Profile: Shining Knight, Sir Ystin. The original Shining Knight, Sir Justin, debuted in Adventure Comics #66 in 1941. Bestowed by Merlin with a sword that cuts any substance, armor impervious to damage, and his horse Winged Victory he defended Camelot. A frozen sleep later, and Justin finds himself in New York with the Seven Soldiers of Victory. Reimaged by Grant Morrison in Seven Soldiers: Shining Knight now Welsh Sir Ystin was originally a woman who hid her gender to be close to Sir Galahad and fight for Camelot. In the New 52’s Demon Knights, the character shifted further in gender identity. While the Shining Knight stated, I’m "not just a man or a woman. I’m both,” there’s some debate whether Ystin is presented as non-binary or transgender. But, what really matters is what’s inside the bottle. Justin or Ystin, the Shining Knight represents courage, chivalry, and justice in any era. 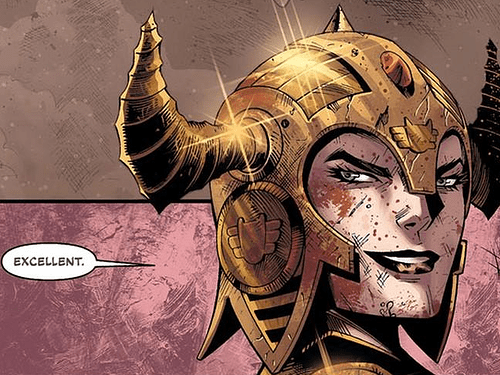 someone easy to fight beside