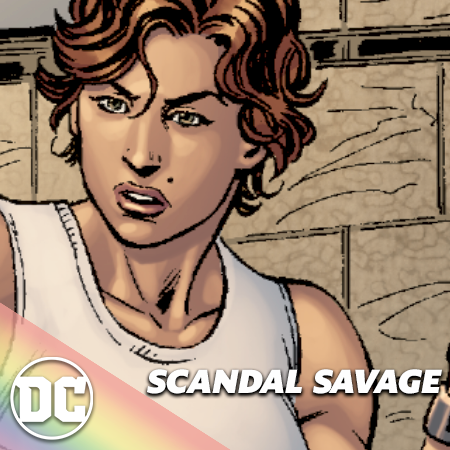 Pride Profile: Scandal Savage. Retractable claws, able to regrow organs, considers a sometimes dysfunctional team a family, of course we’re talking about Scandal Savage. A Gail Simone and Dale Eaglesham creation for 2005’s Villains United, Scandal is best known as a mercenary often at odds with her immortal father Vandal Savage. Scandal organizes the third iteration of the DC team the Secret Six in three highly entertaining comic series. Not completely villains, but certainly not heroes, the Secret Six are just trying to make a buck in the gray space between. Scandal displayed her skills as a ruthless strategist when she used her girlfriend, Knockout, to infiltrate the Secret Society of Supervillians.

Living dangerously finally caught up to Knockout, who was killed by an unknown assailant. After climbing into, and eventually out, of a bottle Scandal found love with Liana Kerzner, a Knockout look alike. Which could have been a problem when Knockout returned from the dead, if the women hadn’t decided that all three could be in love. 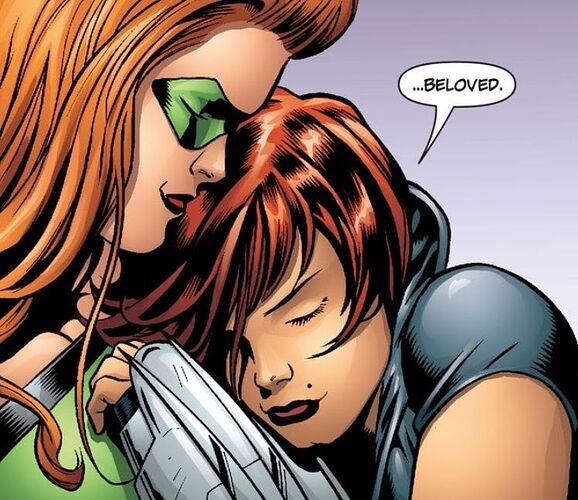 This was very informative and I love it