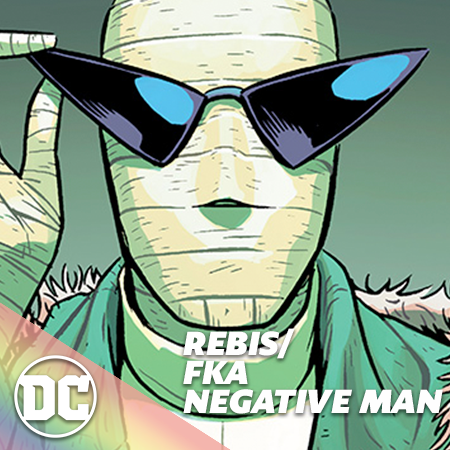 Pride Profile: Rebis. When Grant Morrison writes a title, you never quite know what you’re going to get. In his first issue of Doom Patrol with #19, Morrison created what may have been the first gender non-binary character in comics. Separated from one another, Patrol member Larry Trainor and the Negative force reunited in a flash of energy that also pulled in Doctor Eleanor Poole creating a new, unique person that was simultaneously male and female. Referring to themselves using plural pronouns, Rebis confused their fellow Patrol members, particularly Cliff, but was ultimately accepted. Rebis also helped create another history breaking hero when they had sex with prostitute Kate Godwin, passing power to her and creating transgender Patrol member Cougula.