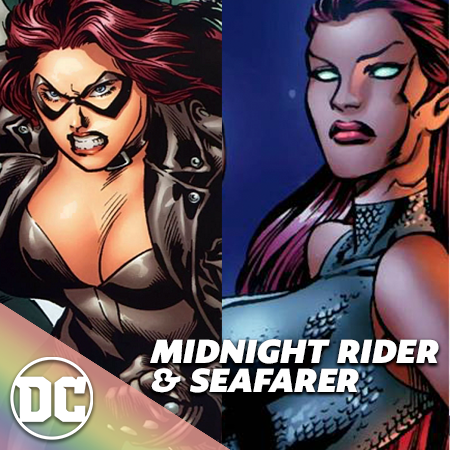 Pride Profile: Midnight Rider & Seafarer. Before there was the Midnighter, there was the Midnight Rider. A costumed adventurer in the ‘40s, her relationship with her fellow heroine Seafarer was caught on film and printed in the papers. From there, they ended up in suspended animation, a Winter Soldier like program, and eventually squared off against their successors and the Authority. Created by Scott Beatty and Chris Sprouse, Midnight Rider and Seafarer are another great reason for Pride fans to dig into the Wildstorm Universe. 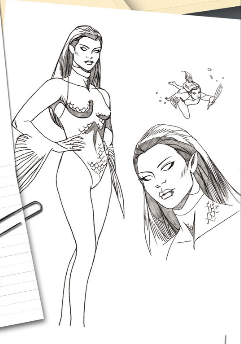 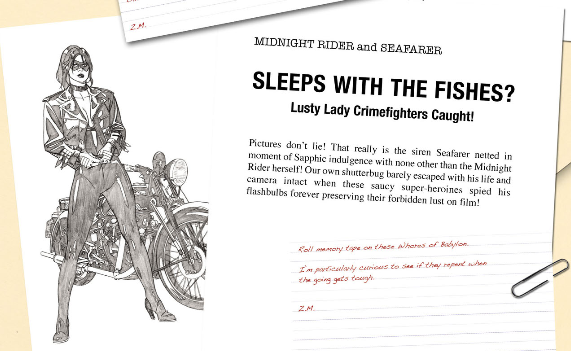 Wildstorm’s Number of the Beast

As awful as the content of the article is, you gotta admit “SLEEPS WITH THE FISHES” is probably the best title for a celebrity exposé ever.

I first I thought “what did I write that was so awful” then I realized you meant that “article.” That is a killer headline. Love finding more obscure cool characters. These chicks rock.

Can I find them on comics on dcuniverse?

Yep, the blue link on their profile takes you to a series they’re in

I have never heard of these two! I’m gonna have to give this Number of the Beast book a shot.