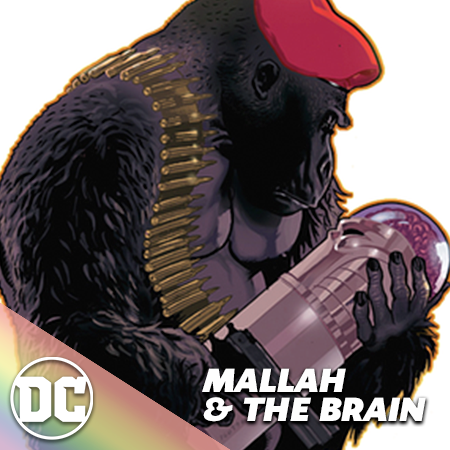 Pride Profile: Mallah and the Brain. The duo, the original members of the Brotherhood of Evil, debuted in the unparalleled Arnold Drake and Bruno Premiani’s Silver Age Doom Patrol in issue #86. The Brain begins as a fully human scientist who “took a superior ape—stronger than any human… more agile than the best athlete! Through secret teaching methods and shock treatments, I gave it an I.Q. of 178! Genius status!” Sagotaged by Niles Caulder, Brain’s body is destroyed in a lab explosion, but his brain is rescued by the faithful Mallah and placed into a computer. The pair play leader and servant for decades until Grant Morrison places the Brain’s body into Robotman. Now capable of demonstrating affection, the Brain and Mallah confess their love for one another and kiss. Although the Brain is eventually put back into glass, their romance endures. Despite appearing in multiple animated series after their romance is established, it is not mentioned in any. 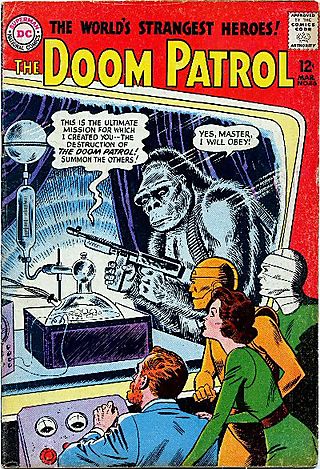