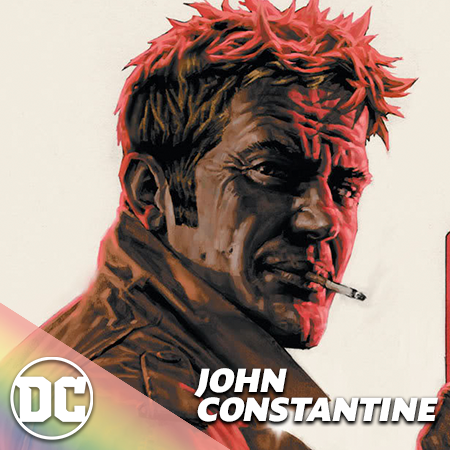 Pride Profile: John Constantine. This popular character needs no introduction, but we’re giving him one anyway. Created by Alan Moore for Swamp Thing #37 because Steve Bissette and John Totleben wanted to draw Sting, Constantine is a chain smoking working class con artist, manipulator, and magician who has saved the DCU more times than your average magical hero. With the creation of the Vertigo imprint, Constantine’s Hellblazer became one of its centerpieces running for three hundred issues. Adding to that are starring turns in subsequent comic series, a movie, appearances on five different television shows, multiple animated projects and more to come. For a man who likes to present himself as uncaring and cynical, Constantine sure seems to fall hard in love a lot. From Desmond in the Arrowverse to Zatanna in the DCU, Constantine cares more than he would like to admit. 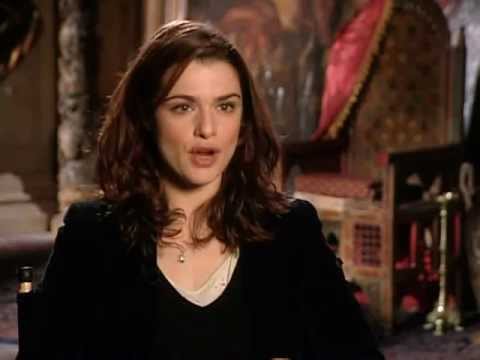 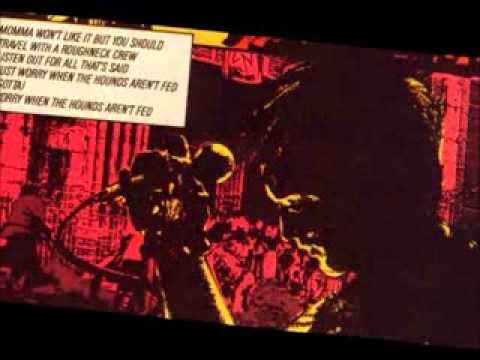 Funny thing is that Vertigo’s Hellblazer hardly ever mentioned his sexuality. While mainstream Constantine made it a focal point for his series

I like how in the first video they all love Constantine, and what a great character he is and then cast an American. I still like that movie, I just think of Reeves as John’s American cousin

Cast a semi-known Australian in the right role and it creates its own appeal (ie Jackman, Helmsworth).

Maybe they were too lazy

In House of Horror we are reading the New 52 Constantine title and the Sandman Universe Hellblazer title. New 52, at least in the first 6 books, didn’t mention his sexuality once. Well, it showed a few of his ex-girlfriends but that was fleeting no matter how important to the story they might have been.

Drop a link here, I’ll add to links section across the profiles.

I hope everyone is enjoying the Pride celebration happening in many corners of the DC Community. We won’t have a new topic for next week as we are covering A LOT of books, even more than normal. The good news is you can read at your own pace. Before we dive into what we are reading @LaserPuff and I would like to give a big welcome to the newest residents of House of Horror! @mistressofthedark, @superboy1980, and @Iamcoo…

What I was trying to say was that they made his homosexuality more prominent in mainstream dc continuity. While in Hellblazer it was just a fleeting comment/after thought.

From Desmond in the Arrowverse

So what’s the thoughts on Desmond? Was he ever confirmed to be based on Oliver (from Tynion/Doyle’s run) or is that just me?

I have no idea

[9 - John] Though this version of the classic character got his start on NBC, John Constantine has since become a true fixture of the Arrowverse. Making his CW debut in Arrow’s fourth season, John first met Oliver Queen when he was stranded on Lian Yu, and five years later, Oliver reached out to John to help restore the soul of the recently resurrected Sara Lance. A couple years later, John resurfaced to enlist Sara and the Legends in helping him with a particular demonic problem, and this kick…

Got an actor that is American but he could have darn well pulled off Constantine: James Masters 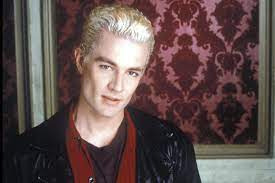 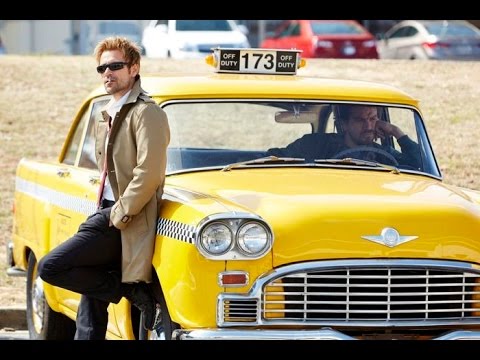 the show was great,

then cast an American. I still like that movie, I just think of Reeves as John’s American cousin

This reminds me of the Kevin Costner version of Robin Hood. Some people just can’t be bothered with accents.