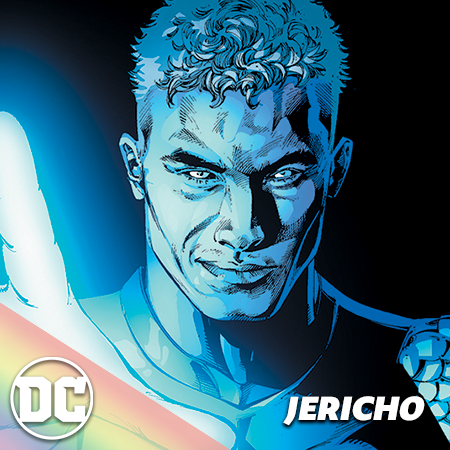 Pride Profile: Jericho. You would think being Deathstroke’s kid would be enough of a challenge for anyone. But, Joseph Williams Wilson has always been given bigger obstacles to overcome, and this sensitive and artistic superhero has conquered them all. Created in 1984 by Marv Wolfman and George Perez for Tales of the Teen Titans #43, Jericho was part of a broader effort to introduce more characters into the Titans not directly connected to the older generation of DC heroes. While Wolfman had the name and parentage, it was Perez who not only designed Jericho’s look but developed his powers, personality and his inability to speak. Jericho’s power to ‘jump’ into and control another person, and his need to express himself physically played into Perez’s strengths depicting action. At the time, the scribe and artist discussed Jericho being gay, but decided making the ‘sensitive’ hero gay was playing into stereotypes. And, while Joseph was romantically connected to Raven and Kole, some readers saw the character as gay. Finally, with Rebirth Jericho was depicted as bisexual. Making this a case were something his initial creators saw in him came through on the page and eventually became canon.

Adding another layer to this pride profile, a trans actor was chosen to play a character with the power to inhabit a body not their own, when Chella Man took on the role of Jericho in Titans. Man had already inspired others by chronicling his personal journey through gender transition and living “deaf, Genderqueer, Chinese, and Jewish," on his popular You Tube account. 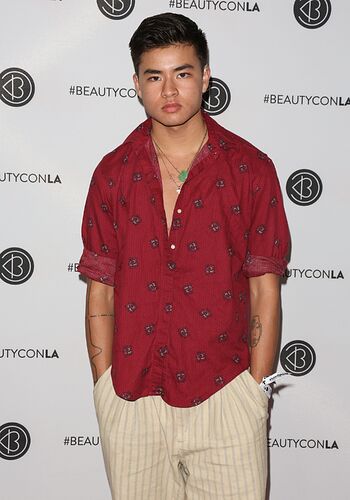 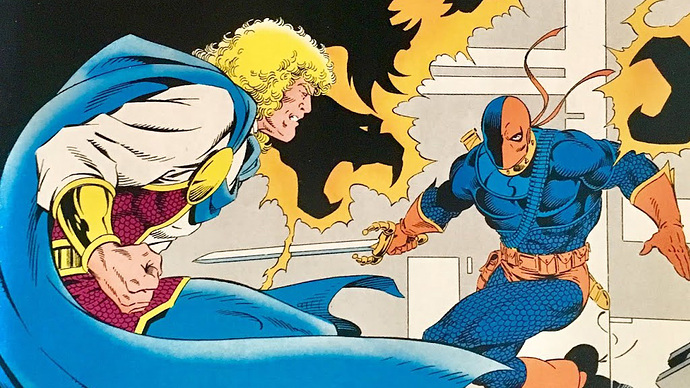 Tales of the Teen Titans #43

Jericho got the short end of the stick in the Arrowverse’s transition from trying to pretend it wasn’t based on comics to diving in head first, so I’m thrilled to see him getting better representation in Titans. Really hoping they come up with some ridiculous reason to rock the 1985 renfaire costume.

Also, though I’m not a huge fan of the cell phone technology to allow him to talk without inhabiting someone else, I love Priest’s representation of him through that mechanism.

It’s been more than a day, will there be more Pride Profiles? There’s plenty of characters left, including but not limited to those mentioned here: Who Are All the LGBT+/Queer Characters at DC? - #4 by drewzirocks.3500

Nope, that’s the end of the line. 73 profiles on the mainly comics side, many more from Arrowverse. Just can’t get to them all.

Ah, well. I hope you do more next Pride Month.

Was there any particular order to any of it? You started with Pied Piper and ended with Jericho, it feels pretty random. Not that that’s a bad thing.

No, it was random. Got some big hitters out of the way early, and profiles that supported book club activities, then it was just going down the list of prepped profiles which were done in a somewhat random way, whatever seemed interesting at the time, or did a prominent one, then less well known.