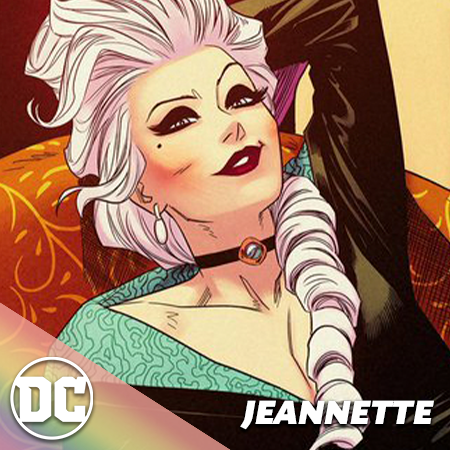 Pride Profile: Jeannette. Born into poor Hungarian nobility centuries ago, Jeannette was sent to live with a countess who was a serial killer, things actually go down from there. Eventually, this Gail Simone and Nicola Scott creation would become a banshee with superhuman strength, the ability to sense the presence of death, and a death wail. Introduced in Secret Six #3, Jeannette and Deadshot had a tumultuous affair that caused Simone to say “Jeannette was so busy doing Deadshot all the time, people forgot she’s bi!”