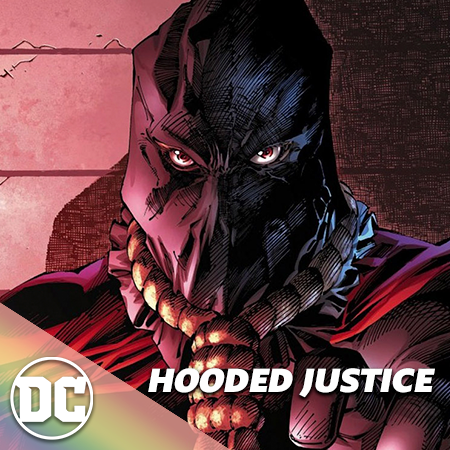 Pride Profile: Hooded Justice. The first costumed crime fighter in the Watchmen universe, Hooded Justice debuted in Alan Moore and Dave Gibbon’s Watchmen #1. The appearance of the hyper-violent vigilante sparked an explosion of superheroes and the generations of broken heroes to follow. In Before Watchmen: Minutemen, Darwyn Cooke expanded on this origin story revealing that Hooded Justice and Captain Metropolis had been involved in sexual relationship, despite Metropolis never knowing Hooded Justice’s real identity. HBO’s Watchmen series added depth to this by revealing that Hooded Justice is an African-America survivor of the real-world Tulsa race massacre of 1921. That version of Captain Metropolis treats Hooded Justice as more of guilty pleasure than a fully equal partner. This backstory turns Hooded Justice from being just another ultra-violent take on the traditional vigilante to a damaged, angry man striking out against injustice the only way he knows. 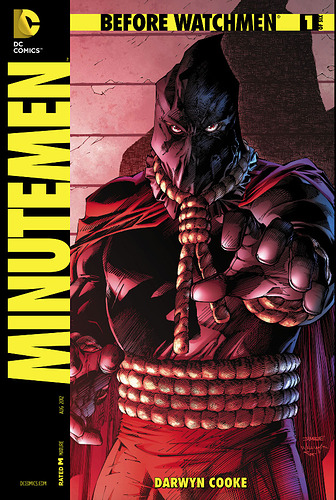 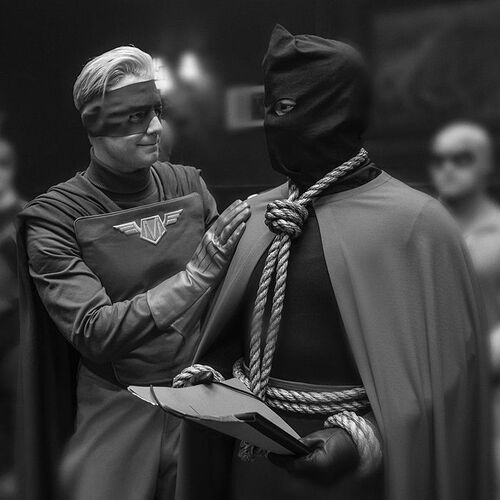 Hooded Justice on the HBO show is still one of the best examples of a retcon I’ve ever seen. It’s brilliant storytelling and something I wouldn’t mind seeing other projects take inspiration from

That story choice added so much depth to the character, brilliant