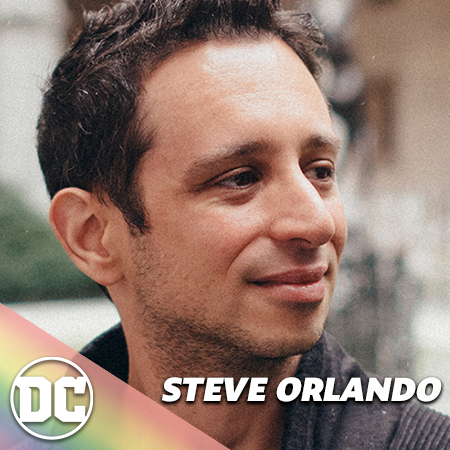 Pride Profile: Steve Orlando. Asked what’s it like working for DC, Orlando said, “I grew up as a DC guy…I was, you know, knocked over when they offered me that contract… young Steve, who is reading DC books out of flea markets in the 1980s and early '90s, you know, it’s a dream job.” Sentiments any comic fan can understand. Beginning with DC on Midnighter, which was nominated for a GLAAD award, Orlando went on to pen Wonder Woman, Batman, Martian Manhunter and more. Orlando infused his work with a personal perspective that elevated the final results. Discussing Martian Manhunter, Orlando who identifies as bisexual, said “I understand what it’s like to have something inside of you that you have to wrestle with and come to terms with, but also maybe isn’t noticeable on the street to folks. And having something inside of himself that he has to wrestle with and overcome and eventually use to empower himself, that’s J’onn J’onzz’s journey as well.”

I did not know that, that’s cool. Loved his work on Midnighter and Wonder Woman.