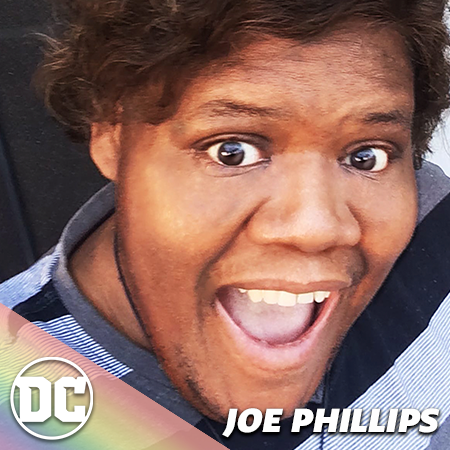 Pride Profile: Joe Phillips. An artist whose style was inspired by his heroes Norman Rockwell and J. C. Leyendecker, Joe Phillips is probably not a household name for most, but his art with DC in the 1980s and '90s has certainly left its mark. Most notably, his run on the 1988 Mister Miracle series, starting with issue #7. He has since moved on to other projects, including creating the art for the fictional comic book Rage featured on the Showtime drama series Queer as Folk, and his own gay-themed books. Phillips “had always felt there were not enough positive gay imagery in the art and magazines as [he] was growing up,” something he’s helping to fix.

Pride Month Club Discussions. Need a deeper look at other Pride characters and creators? Check out these club discussions from across the DCUI.