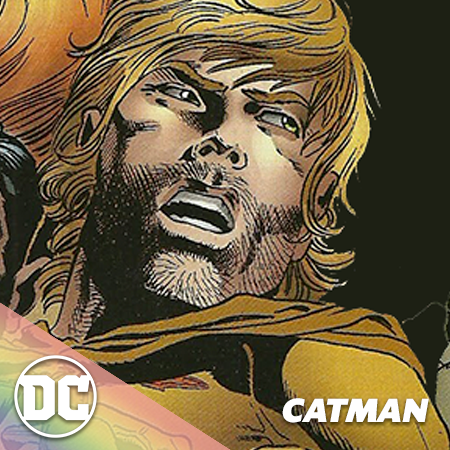 Pride Profile: Catman. Gail Simone just wouldn’t admit that Catman was a gimmick character that had no business in more serious modern comics. Created as a big game hunter and thief by Bill Finger and Jim Mooney for Detective Comics #311, Blake had been used and abused and left for dead over the decades. That is until Simone and Dale Eaglesham brought him back as a bad, buff, bisexual friend of big cats. Thomas Blake immediately jumped off the pages of Villians United as a new and exciting version of this once played out character. Catman would go on to become pillar of Gail Simone’s fantastic Secret Six series. In the course of his work with this team of mercenary misfits, Blake would come to fully inhabit the role of the anti-hero operating by his own moral code.