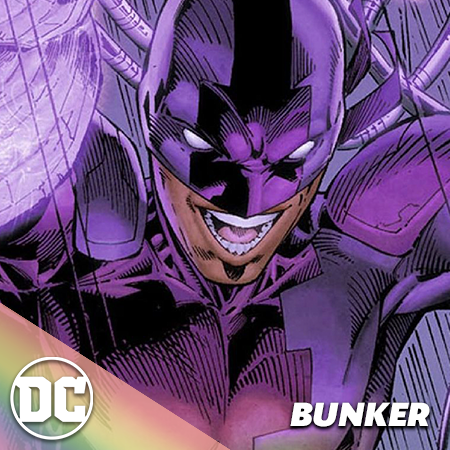 Pride Profile: Bunker. Miguel Barragan was born in a small Mexican village where his family and fellow villagers fully accepted and loved him for who he was, a gay teen metahuman capable of creating solid ‘bricks’ out of nothing. Inspired by Red Robin to move to the U.S. and become a superhero, Bunker was introduced by Scott Lobdell and Brett Booth in New 52’s Teen Titans #1. Bunker brought a sense of fun, adventure and style needed in this more serious take on the legendary teen team. Describing his creation, Lobdell has said that Miguel “enjoys being alive, he enjoys his sexuality, and he enjoys that he’s been gifted with these super powers.” All we can say to that is, shouldn’t we all?