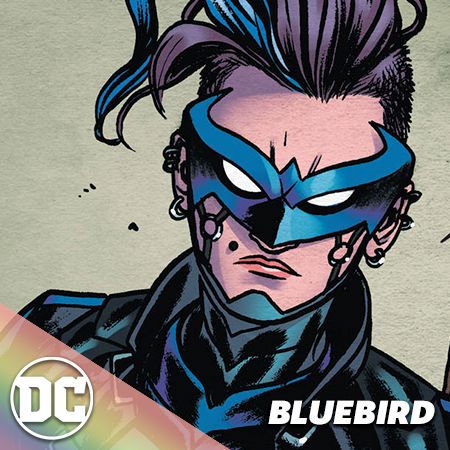 Pride Profile: Harper Row, Bluebird. Harper first appears in Batman vol. 2 #1, but really makes her mark in Batman Eternal when she appears as the new costumed hero Bluebird. But, Harper was a hero well before that. Growing up with an absent mother and abusive alcoholic father, Harper protected her brother Cullen and eventually applied for emancipation and put her electric skills to work for Gotham City. When Cullen had his head shaved in a hate crime assault for being gay, Harper cut her hair to match. As a self-described part of the blue-haired, bi girl contingent, Harper used her electrical expertise as a hero, before stepping back into a more normal life. 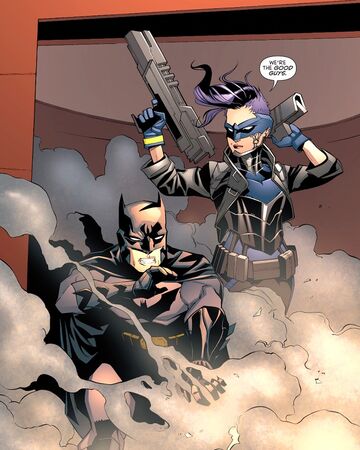 How come she’s the only one who gets to grow up and go to college? Meanwhile Tim Drake has been a teenager since 1989.

I don’t know if it’s a Black Label book, but it’s an ongoing series by James Tynion IV. 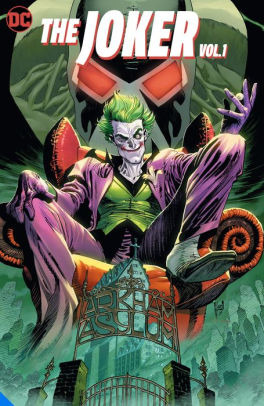 Yes, I think it’s that one.

Yep, she’s been the co-star of the Punchline back-up of the story. It’s been pretty interesting so far.

do you mean Punch-line’s series?