@JusticeLeagueBookClub, @DCAnimatedClub and beyond, mark your calendars, because we’re wrapping up Pride Month with an absolute blitz of an animated Arrowverse-set adventure starring The Ray!

If you’d like to brush up on your comic intake of The Ray prior to (and/or during) the Watch-Along, check out this radiant read: 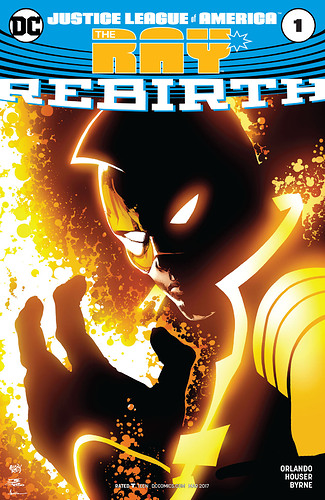 SPINNING OUT OF THE PAGES OF JUSTICE LEAGUE VS. SUICIDE SQUAD! Locked indoors, raised in the dark and told his medical condition could be fatal to himself...

For more of the Rebirth-era adventures of The Ray, soar into the series below, which also stars Black Canary, Vixen, Lobo, Killer Frost, The Atom and Batman: 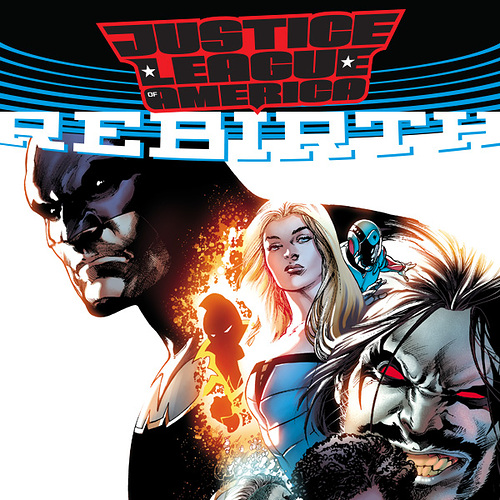 When the world faces a new crisis, Batman assembles a group of misfit heroes to form a new Justice League of America.

Finally, a fun tune to rock out to: Yes, I know the above has nothing do with The Ray or anything else DC, but come on, “ray” is in the song’s title and Madonna kicks ass, so I’m including it for those reasons.

Mark your calendar for Thursday, June 30th and I’ll see you here!

Including Madonna makes me love you more!!! Wish I could make it, but I have to work on the 30th. Hope you have a great turnout though!!!

Including Madonna makes me love you more!!!

I love Madonna! Always have.

…and “more”? Well, someone knows how to earn Cool Points.

Never let it be said that my admiration can’t be bought and/or earned by an eye-catching comment and/or bribe. Kidding…mostly.

Call out and say…taps chin in thought…that…you can’t make it in because of…“sunstroke”. Yes, that will do. I mean, “The Ray”, sun rays…it works, it does!

Hope you have a great turnout though!!!

Thank you. I’ll save you a figurative seat in your honor.

Frozen is my all-time fav Madonna song, but its kind of the polar opposite of what I was going for, Ray-wise, so I went with Ray of Light instead.

@capo-mage @Vroom I am a sucker for her ballads. “Bad Girl” is easily my favorite video (complete with Christopher Walken), but I love the very sad “In This Life” and “Something to Remember.” Honestly though, you can never go wrong with Madonna in my book (even though Die Another Day is why I quit trying to watch Bond).

Oh yeah. Dominated my entire childhood & teenage into young adult years. I’ll never forget when like a Virgin hit MTV. I was like, what is this force of nature & where can I hear more?

Die Another Day is why I quit trying to watch Bond.

I like Die Another Day, both as a Bond movie and a Madonna tune.

Neither is among the best in their respective catalog, but they’re still fun.

When it comes to sad/bummer tunes, The Power of Goodbye is one I gravitate to.

I was referring to the movie. She is in it and it still wasn’t enough to make me like it. When my obsession still doesn’t enjoy it, it’s time to step away.

She’s in the fencing scene, yeah?

When my obsession still doesn’t enjoy it, it’s time to step away.

Precisely how I felt as the Star Wars prequels came out.

“Like a Virgin” is the tune that I got into and it made me a fan. I had really positive interactions with penpals through her fan club in the 90s. My love for her tootk me to NYC to see her in MSG. The show was literally 5 weeks to the day before the towers fell. I also saw David Letterman live in the Ed Sullivan Theater just before walking to MSG for the concert. It was a fantastic trip that I wish I could relive…

Yeah, she’s the fencing instructor if I remember correctly.

I also saw David Letterman live in the Ed Sullivan Theater just before walking to MSG for the concert.

As a fan of Madonna and a massive Letterman fan, you’ve my envy.

Only got to see him because of my love for Madonna. I went to 53rd and Broadway, not knowing the paiges were asking trivia for the next show and I got the question right.

Neat! Did you get a prize?

. If she would’ve been at Blossom Music Center in the 90s-early 2,000’s? I would’ve seen her for free. Sister’s roommate was the vip boss. Free vip treatment & front row seats to any show. I didn’t miss any lol.

Do u remember the question?

Tickets for the next show, it was awesome even if P Diddy was the guest in a week with Nicole Kidman.

Olivia Newton-John is the 1 I have not gotten to see. I’ve seen many though. As for the question, it was “who was the first guest on the Late Show with David Letterman?”