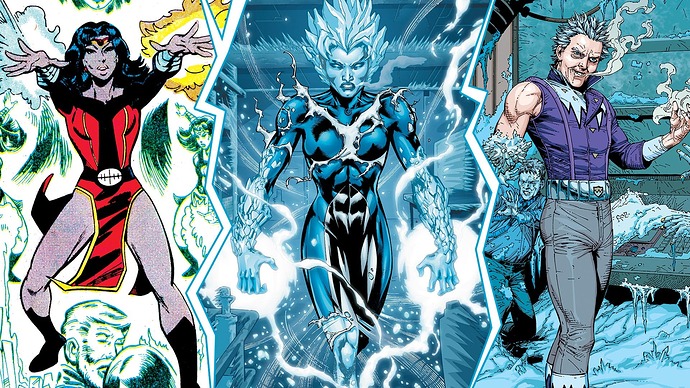 It’s pretty chilly out there right now, which made us wonder…can you assemble a DC team made entirely of cold-themed superheroes?

Last month, ’Tis the Season To Be Freezin’ showcased some of the biggest names in the DC Universe’s cooler, from Captain Cold to Mister Freeze. But one thing we learned from this sampling of DC’s iciest characters is that the majority are of the villainous persuasion, which got us wondering…with DC’s entire history, could you assemble a team of entirely cold-themed heroes? We shoveled through the snow and assembled a team capable of cooling down even the hottest of situations. This winter, we present you with the only team that can fight global warming. Let’s call them the “Just-Ice League. 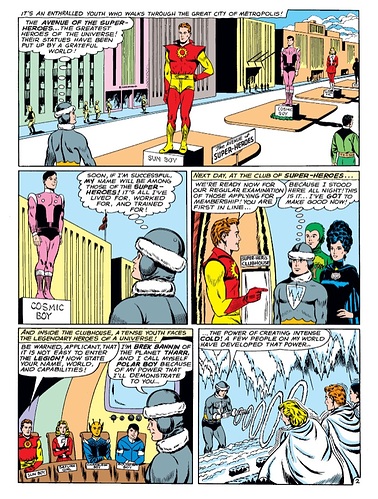 DC’s first ice-themed superhero technically won’t be born for another thousand years. Brek Bannin, a Legion of Super-Heroes candidate, was born on the superhot planet Tharr. Tharrians adapted to their environment by developing the ability to absorb heat and channel it as cold, essentially making them into a race of air conditioners. Polar Boy was rejected for Legion membership but would create a new legacy of his own—by forming the Legion of Substitute Heroes, a society of misfit heroes not up to the United Planets-sanctioned Legion’s lofty standards. Polar Boy may be DC’s first ice-making hero, but his true place in history is establishing that the only thing required to be a hero is the will to be one.

To check out the other members of the Just-ice League, head over to DC Comics!

Who would you choose to be a hero in the Just-Ice League? Let us know in the comments!