Hey everyone! So I’m watching Scrooged again and I noticed something in the board room scene. There’s monitors when Frank walks by. One of them has something animated. During a close up on Frank, I could swear I see Supergirl or a legally non-distinct Supergirl on the monitor.

I’ve got some screen grabs 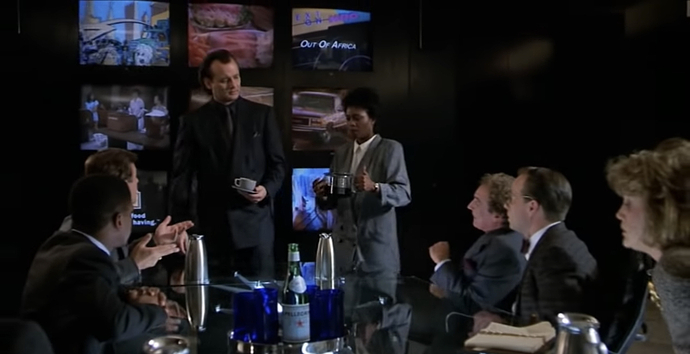 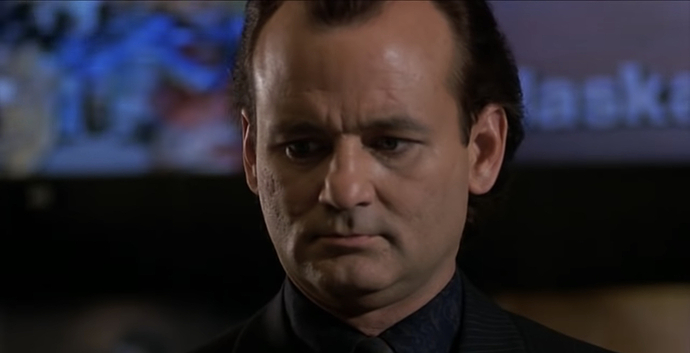 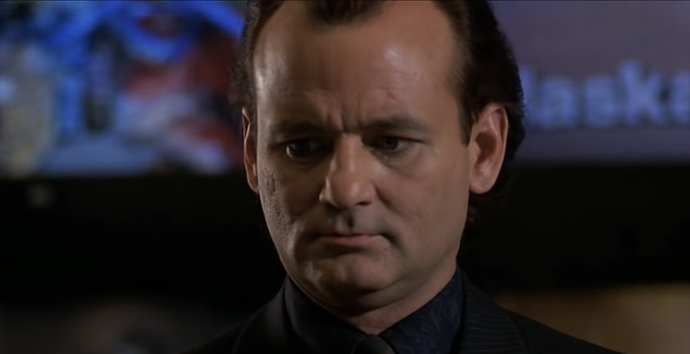 I don’t know if this is from something or if this was a commercial or just something created for the film. It’s blurry so it’s hard to see, but does anyone know what this piece of animation was?

Hmm, not sure if I really see anything other than a blue blur. It would be funny if that’s a reference because the director of Scrooged was Richard Donner, who of course directed Superman: The Movie.

I’ve looked at the clip on a big screen tv.

Go to about fifty-seven seconds in and you’ll see it:

Considering the quality of that animation I would not be surprised if that was just a placeholder animation used instead of paying to license something for those TVs.
The Supergirl moves like an unanimated cutout.

Yes! Exactly! A part of me wonders if it’s something they cobbled together for the film or a weird toy store commercial. It’s been driving me nuts since I noticed it