Poll- Who Played the Best Clark Kent… Not Superman

Just finished watching Lois and Clark, for probably my 5th time since it came out on dvd. But Dean Cain was always favorite ClarkKent, Christopher Reeve was always my favorite Superman (live action). So what are your thoughts, George Reeves, Kirk Alyn, Tom welling, Brandon Routh?

Christopher Reeve’s Clark Kent is my favorite. Behind him, George Reeves, then maybe Tom Welling. I love each for different reasons. CR made the contrast between the alter egos very strong and allowed Clark to be vulnerable. I loved how the GR Clark was more of a detective and a voice of wisdom. With TW, I especially enjoyed the earlier episodes where he was first learning to use his powers. Amazing how each portrayed Clark so differently, yet all were great!

I would have to say Christopher Reeves because he really was able to nail the nerdy clumsy Clark Kent and imo he also was able to pull off the struggle of having to hide his true self. I know the question was best Clark Kent not Superman but I really think how both were portrayed makes each of them stand out like Christopher Reeves made a really believable CK but at the same time nailed Superman. To me a lot of the others either made a great Superman or a decent Clark Kent but rarely both. What makes CK to me is him being wimpy, unmanly, and clumsy all characteristics opposite to Superman therefore making the CK alter ego believable because you would never think of him being Superman

Henry Cavill was awesome as Superman but not that great of a Clark. I got to go with Cristopher Reeve.

Christopher Reeve. That being said if Henry was actually given a proper sequel, he would’ve taken the mantle. I actually like the less clumsy goofy Clark. Perfect examples are in The Death of Superman (2018), Superman/Shazam!: The Return of Black Adam, and Superman vs. The Elite.

That’s a tough one. They’re all good in their own way. My go to is always Reeve, however in addition to him I really like Dean Cain as he played a more confident Clark. Tom Welling did well playing Clark confidently in the pre-Metropolis years of Smallville and then slightly bumbling once things shifted to Metropolis and the Blur came into being.

Another tough one. My first reaction is Christopher Reeve (He’s the answer to most things live-action Superman). But I grew up with George Reeves, (so there’s a soft spot) and I think Dean Cain never gets enough credit for his portrayal. Chris nailed the duality of the role and you could see him having fun with it. Remember the hold-up scene in the alley? George was only slightly “mild-mannered”. (Most of that was conveyed through Lois Lane’s perception of Clark). I think BatFan.Kyle said it best about George’s Clark. And Dean obviously eschewed the “mild-mannered” persona in favor of a more capable and worldly Clark. Remember the Chinese take-out scene? But they were all great and added so much texture to Clark Kent, it doesn’t seem fair to put one above all the rest.

Dean Cain for me 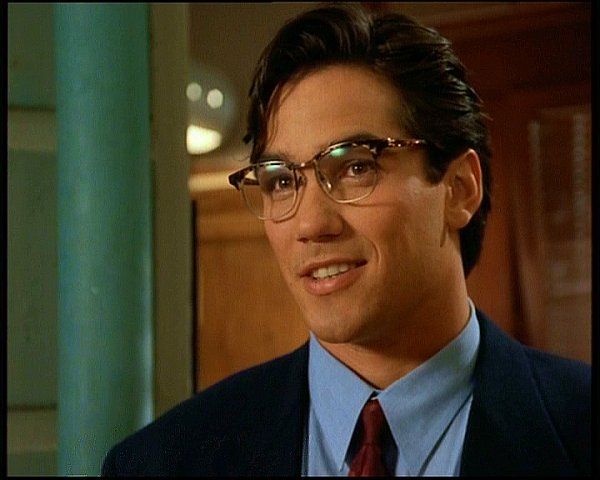 Dean Cain. His Clark was a regular guy and I related to him more than the others.

Smallville is what really made the character grow on me and made me want to delve deeper into the Superman mythos, so I’m gonna have to go with Tom Welling. Though, Christopher Reeve did seem to have the best understanding of Clark and Superman being completely different in posture and mannerisms, so he’s always going to be a close second.