POLL: Who Is the Hero We Need Now?

Check out today’s poll in the News Section and vote for the “Hero We Need Now”!

Make sure you let us know who YOU voted for an why in the comments below!

I mean, all of them, right? I went with Black Lightning because of my personal attachment to him through the original Batman and the Outsiders comics, but I like all four quite a bit.

Im with Knox, ALL OF THEM. take care all, to all, and yourselves.

Honestly tuff call I went w/ Terrific bc he has alot to offer, done alot for the DCU on earth and others . Don’t get me wrong I’m a GL corps fan all the way!! , but John is doing what he does best hes w the Corps . An Black Lighting smart and resourceful ,Auqa as well brings tons to the table too

Mr. T is the smartest. Aqualad coudn’t handle our ocean, lets be honest and there have been a lot of example where GL messed up. Black Lightning idk, but I am assuming he would be good. I voted Mr. T. Also we don’t have supervillains the closest thing are our bombs and groups of terrorists. And climate change of course and either Aqualad or Mr. T could handle that, but Aqualad would be miserable in our trashed quality of water and he would be upset.

Welcome to the community @Dspac2814! Glad to have you around

John stewart is a basic space cop. We would need a more basic, civilian type hero. All good options, thougg.

I would say Mr T cause he’s smart enough to figure out how to try to make the situation better, John Stewart next because he proves that it doesn’t matter the color of the person using the mantle, it’s their actions.

I will though, that like other ppl said, doesn’t have to only be one we need, I mean some situations needed more than one person to solve a problem. One hero is nice but more heroes would be a better a scenario.

Also a personal note, I would also include vixen, cyborg and Static. For vixen I’m not gonna rant about women empowering but mainly that it’s not just the black men that’s going through it, black women also.

Jon, military back ground a space cop and black. He can help mend the bridges between us but he’ll protect civilians first.

Hey what’s up thank you for the shoutout ! An hellya I’m happy to be part of the group @YoYoFroYo

GL John can best defuse any situation going now. He can be firm but still provide enough confidence to be trusted. 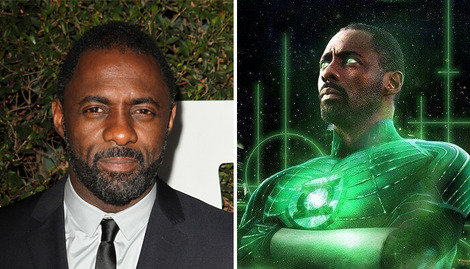 I can’t choose between Terrific and Lightning. Love em both.

I’m a fan of all of them, but I voted for Michael Holt/Mister Terrific.

His genius intellect would serve as a good asset, plus he’s the leader of the best team title DC is currently publishing.

I don’t think limiting heroes is a good idea. The more heroes we have with varying strengths and backgrounds the better. That said, of the given choices, John crosses a lot of bridges by himself. He’s an architect/builder, cop/military man, and a leader with intergalactic and American political experience.

All four are great choices. I think Mr. Terrific might be the best choice for the moment because his superior intelligence could help create solutions for ending systemic racism while simultaneously creating a vaccine for Covid-19.

I would choose Mr. Terrific. Not only could he inspire and lead protests, he could also cure the corona virius with his super intellegence and organise people.

Hard tie to me between Mr.Terrific and Jon. That would also be a great duo-comic series holy ■■■■ what a thought, have it in deep-space of course

Who we truly need is the main man Supes bro. First fires, then a pandemic, a murder of george floyd, and an incompitant president. We need Supes