POLL: Which Super-Team Is Your Favorite?

The DC Universe has some amazing Super-Teams, all comprised of beloved characters. However, we want to know who YOUR favorite Super-Team is!

Tell us in the comments who you chose and why!

The Doom patrol always stood out to me, I love the insanity the fight and the silliness of the villains. Along with that, the comradery between them is always a good time and often provides a good laugh.

Justice Society. The age variety is why they stand out. This allows them to be mentors and support emotional support for each other.

I went with Titans purely for the 80s run.

Since May of 1966, when I changed a few bottles to buy a copy of Adventure Comics #346, The Legion of Super-Heroes has been my favorite Super-Team. To a shy ten-year-old, these flashy teens were so cool. Years later I would learn that their adventures, during this period, were scripted by a teenager named Jim Shooter. Again, so cool.

hard choice… I like them all. Went with Young Justice, simply because that was the team that got me into DC comics in the first place and while I may not see it as the greatest team, it is the team that means the most to me on a personal level.

The Legion of Super-Heroes is the greatest super-team in all of comic books, published by any company, ever, in my opinion!

If you’re answer isn’t Titans then you’re wrong and tasteless.

Get the punk kids and the punkier kids out of here, the hypocritical justice league and the old people had their moments, but the only answer that is really real is The Authority

@Nether-Lohengrin: And in my opinion, you are completely right!

Tough choice but I went with Young Justice. One of the first team series I read start to finish as I was getting into comics. Titans was in a close second.

This one was tough for me, but I had to choose the Titans. Because when The New Teen Titans came out I got so emotionally attached to the characters. Also I am a Grayson fan. But I love The JLA!

While the Titans hold a very special part in my heart at second place my allegiance is forever to these three super amazing supes. Absolutely. LOVE. them. 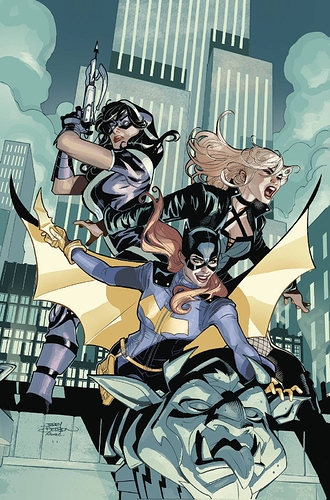 I chose Young Justice because I love the show and the fact that it has many members that would go onto being in The Justice League, although along with having members that were formally in Titans (Either formally or going to be, not sure, quick honestly) But that’s my main reason. Titans is definitely second because they function not only as a team but as a family. Young Justice, in the early stages, also functioned as a family, but as they gained more members and as more og members went on to joining Justice League, it got less enjoyable and there was more tension within the group.

How about The Outsiders
After Graduation Day?