Ok, So Now That It’s Been Announced That DC Universe Is Becoming DC Universe Infinite, And Some Of The Movies/Shows Are Going To HBO Max… I Thought I’d Update My Poll, Just To See What Everyone Is Planning To Do. What Are Your Plans…

I’m surprised the DC group is strong. Glad to see it since most ppl will watch stuff but not read. I’ve never had HBO, never will. I’ve got Amazon, Netflix, no reason for HBO and would never get cable because it’s pointless if you pay for internet. Sad to see the shows go, but I’ll stay for the comics.

With the discount to HBO Max, I will subscribe to both.

I’ll have DCUI and HBO Max, but the latter is through a family account as opposed to 1 I’m directly paying for myself

I would also go to my local store, I want to surport them and keep them a float

I already have HBOMax, so no change there. The only thing that I ever really wanted here was a comic service comperable to MU.

I get HBO Max included with my cable/internet anyway, so that doesn’t change stuff for me.

Keep DCU and sometimes use a streaming service for a month. I mostly get movies from the library.

Yeah, I already do that. Anything I like on here, I def buy in print cause I want the collectible

Already on HBO MAX and DCU and don’t plan to cancel either, so will be subscribed to both. Do want to go on the record saying I would rather things stayed the same, but that isn’t in the cards so it is what it is.

I am staying until the mothership comes back for me!

I will always be a member of DC Universe (Infinite).
Now I can’t make that promise with HBO Max. Especially at HBO Max’s price point. Now if HBO were to lower their monthly membership, then I’d keep them both. But for now, once my discounted price ends, I’m probably not going to be able to afford it.
But I’m a Comic Book fanatic, so I will always be a part of DC Universe (Infinite).

. But I continued to log on and hang in the community. The plan was to pay for a month or two when Young Justice was back then go back to not paying for it. Now that we had a good original in Stargirl which was sold off to CW to get ruined cuz the arrow verse is not good at all either cuz each of those shows lost their worth after the first few seasons and got worse once everything started crossing over and Young Justice is moving to HBO Max I don’t need to do that. No intention of subscribing for the comics cuz I prefer physical. So I’m not in limbo, not going to switch to infinite, and I already discontinued. But I run a club with Nightroia in the community I have NO intention on abandoning so if y’all will still see me on the community.
Only thing that MIGHT turn me onto infinite is if they add a comics shop so we can buy comics directly from then and have it shipped to our house. But then the shop would likely be free to access so maybe not. Not gonna pay for a service just to buy the physical comics. But that what DC really needs: their own online comics shop.

I was in a similar position regarding HBO Max for a while, until I learned that Harley Quinn and Titans were moving there full time. Those two definitely make it worth the price for me.

Has it been confirmed that Harley Quinn season 3 is happening? Last I read is that it wasn’t renewed. To be honest, the only reason I’m on DCU is for that and Titans. I buy all my comics at my local shop, so access to those doesn’t matter to me. But if HBO Max is getting them full-time, I will most definitely cancel my DCU(I) membership. I just want to make sure HBO is going to fund the production of more content on both shows. 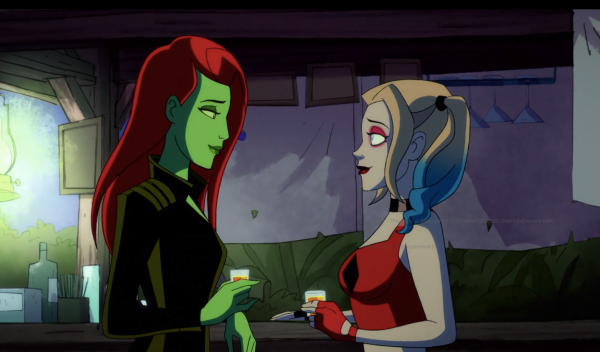 “Harley Quinn” has been renewed for a third season at HBO Max rather than DC Universe. The news comes as Warner Bros. officially announced Friday that DC Universe will no longer be home…

I’m on the service for comics, so I’m not going anywhere, but I’ll still support my local shop as always. I’d like to try HBO Max, but I use a Roku, so I’ll have to wait on that.

I am already paying for both HBO and DC so not much will change for me, other than the fact I now have to watch Doom Patrol & Harley with Lag, I wonder why HBO can’t fix there servers, I have never had any problems with any other streaming service.