[Poll] So What Did Y’all Think About Strange Adventures?

I honestly don’t know where I stand. I think ComicBook.com’s review sums up my opinions well. That can be found here: 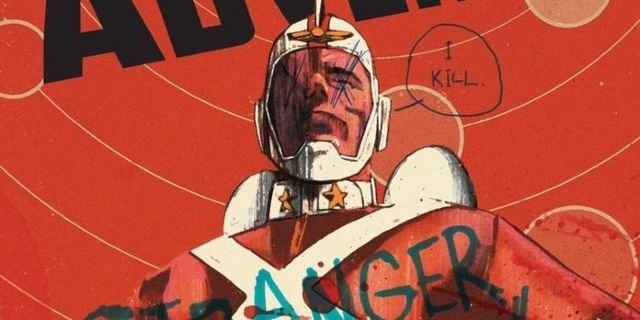 Strange Adventures #1 Review: Too Much Hype, Too Little Substance

Strange Adventures has been treated as something important in the world of superhero comics since [...]

Overall, I just found it disappointing. It felt that, despite unparalleled technical craft, very little thought went into anything else. Maybe I’m way off base…

Anyway, share your thoughts, vote on the poll, and discuss in the comments, and blur any spoilers.

It’s a 12 issue series. I’d say it’s too soon to assume how deep it gets based on the first issue alone. As you say, the craft is all there. I’m sure it’ll get more complex as the investigation at the center of the story goes deeper.

Not the best start but it hooked me for another issue. For transparency, I’m a huge Adam Strange fan…

Personally, I really dug it and I was skeptical on buying but now I’m glad I did!

If you were really into the hype surrounding this series, then yeah, I could see how Issue 1 would feel like a let-down, but like HCQ pointed out, this is only the beginning of a 12-issue series. For good or ill, King’s work has always been a bit of a slow burn (even “Mr. Miracle” and “Vision” took a sec to get going).
To me, this felt like a return to form for King (especially after his Batman run and “Heroes in Crisis”). If anything, it’s probably the most straightforward thing he’s written, and I’m definitely interested in seeing what happens next.

I think the dual story-telling is working very well here. I can’t wait to dig in deeper.

While it’s definitely better (so far) than Heroes in Crisis and City of Bane, I’ve been rereading Tom King’s other navel-gaze-y maxiseries, and they all have a fair amount of content in their first issues. Sheriff of Babylon makes it clear that it is about America’s (largely unhealthy) effect on Iraq post-Hussein. Omega Men establishes its central conflict and the ideologies of its protagonists (and makes it clear that “protagonist” is a very different word than “hero”) in the first issue. Mister Miracle is the best example of this. I have a good idea of the philosophical questions that will be answered throughout the series, because they are all asked in the first issue. The Vision might be the only exception. It has the inciting incident of the story (the murder of Grim Reaper), and it sets the tone well, but that’s about it.

Look, here’s hoping that Strange Adventures ends up as a Vision, and not a Heroes in Crisis. I want Tom King (and, y’know, comics) to be good, but I feel like he might be having his Frank Miller moment.

Well I guess that’s an opinion, but I can’t see a shred of evidence in that first issue that suggests any kind of going-off-the-rails moment. If you see it, I’d love to hear about it.

I didn’t see any evidence that it’s going to go “off the rails” or anything, but I definitely didn’t see evidence of, well… anything else. That’s really all I’m trying to say. Not bad, per se, just rather disappointing.

Hey thanks for answering.

When you used the phrase “Frank Miller moment”, you just meant disappointed. When I saw it, my mind immediately went to “going-off-the-rails.”

That is a completely acceptable interpretation considering Miller’s post-‘93 work. What I’m mainly trying to say with that is since the end of Mister Miracle, King hasn’t really done any comics I’ve particularly enjoyed. He’s lost his touch, IMHO.