POLL: Bringing Back the 90's! DC vs MARVEL:, Movie? Give me your opinion about who you think would win today?

Who would you think can take each other In a fight from this list? Would you like to see this In a movie? Drop your comment below for your opinion and or likes to see this In Movie Action!
*

*Please give me your own personal opinion! Not the actual results from the Comic Itself! 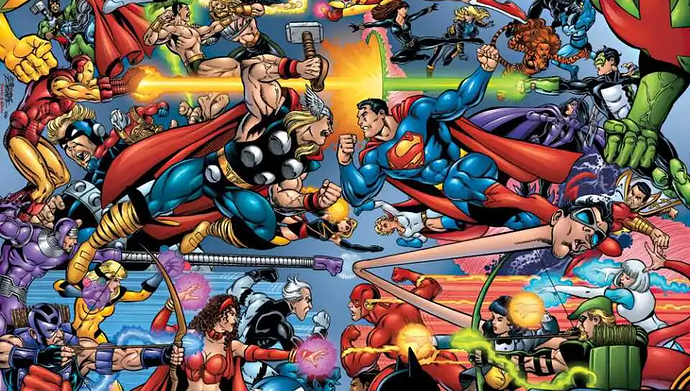 Super man and hulk for sure would be a match i would like to see. How ever I would love to know who would win out of wonder woman and storm. Honestly I wish we could see them all in action on the big screen.

Everything would be nearly the same for me. I begrudgingly admit that as much as I love Kyle Rayner as Green Lantern that his inexperience would cost him against the Silver Surfer. Wonder Woman defeats Storm. Wolverine beats Lobo, BUT: that’s only because once Lobo finds out the whole universe is on the line he throws the fight.

I don’t like to think anyone would win persay. I like to think that there’d be losses on both sides and overall they’ve be about the same.

What? Captain America would wreck Batman, I say.

Overall, I think most of the fights go to DC contenders, except for Captain America, Silver Surfer, Spider-Man, and Elektra.

Waaait. Did Superboy fight Ben? Was that the fight? Clone vs Clone?

… I think it still goes to Spider-Man. Ben has a lot of Peter’s memories, up through 1975 or something, whereas Superboy has none of Kal’s.

I have to agree with you on Captain America and Batman but what about his Metal Suit? I cannot remember which suit it was that protected him from Superman? Would that possibly help against him and Captain America?

Sorry to be so clueless… But is Kyle Rayner apart of the Justice League? Or who is that, It’s not John Stewart right???

No need to apologize for asking a question. Anyone who ever talks down to you for not knowing something is an a**hole.

Kyle Rayner became Green Lantern during the 90’s, after Hal Jordan was infected by Parallax. 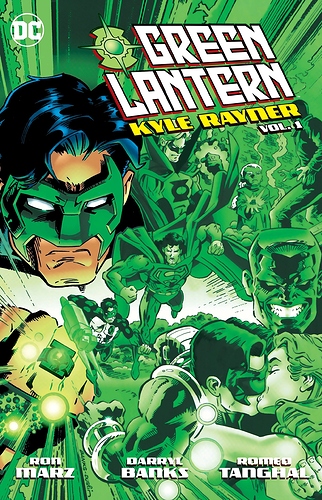 He was Green Lantern at the time they did the DC vs Marvel crossover. 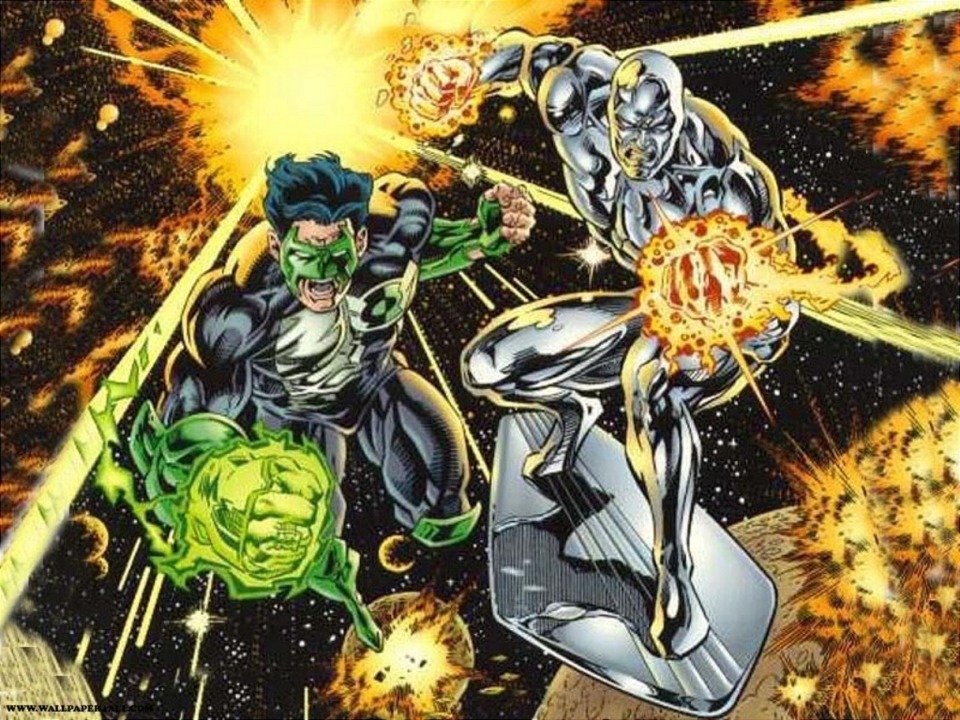 This is exciting, thank you for this! May I find this Comic on here?

That is from the Dark Knight Returns, and I normally hear it being called simply “The Dark Knight Returns suit.” With it Batman is specifically in universe said to be powered by the electric power of all of Gotham city. That makes him way stronger than Captain America in addition Bats’s other tricks in there like the sonic boom gun, the acid, and the thermite.

For a fuller answer it changed with time. When the team first formed it was Hal. When this comic series was made (and when the TV show aired Kyle was the team’s Green Lantern).

Good thought man. If you mean the armor from Dark Knight Returns that @MatthewHecht talked about, that suit would absolutely give him an edge against Captain America - but it also used so much electricity that it caused a blackout across Gotham, if I recall correctly. I don’t think he even has that armor in most stories, and it’s not something he can just bust out at a moment’s notice. I think he made it specifically to defeat Superman.

It’s worth noting, I don’t think Batman could never beat Captain America under any circumstances, I just don’t think he could beat Captain America if they were dropped into a fight without warning, which I think happens in the comic. Though it’s definitely been a while since I read it. Without a warning or any time for Bruce to set Fred Jones style traps, I figure, Cap is a fair amount stronger than Batman, faster, probably almost as good of a fighter - so I think he’d win.

That said, let’s be real - I don’t think Batman and Captain America could probably go for more than fifteen minutes without becoming friends - at least I hope not, haha!

Thank you for this input! I agree with you, them becoming friends with-in 15 minutes would be more than likely, haha! I can see Batman and Captain America trying to figure out how to end this fight between them.

I can see Batman and Captain America trying to figure out how to end this fight between them.

Pretty much exactly what they did in the JLA Avengers crossover

There is no way Silver Surfer would lose

You underestimate the powers of imagination and will.