I hope you keep reading!

I have. Really glad to see there will be more! This last one set up what looks like it will be a great next issue.

Haven’t read this weeks yet. I will tonight.

I read the Greg Rucka story you listed after the last book to fill the time.

I never thought of it that way. I’m reading more of both lately and this makes a lot of sense now that I think about it. Neither let’s anything that creates imbalance slide, do they?

This was a great issue… except for one part. However, I have to say the boss got what he deserved and really was designed to make you want ivy to kill him. Oh, I am looking forward to Ivy vs. what is likely The floranic man…God, I hope she gets her powers back and can now transform into an Avatar of the Green form like the body transformation hallucinations we have been seeing. it’s nice to see Ivy truly reconnecting with her humanity after what she has gone through since HIC.

I loved issue #4. Let’s start with Employee Efficiency Expert, George Halloran, and why he got what was coming to him. First, there are the things he said:

“Nobody wants to work for a living anymore.”
“If you gotta pee, you pee in a bottle. If you gotta do the other thing, wait 'til you get home.”

Then he’s off sexually harassing Jesslyn and silencing employees he knows can’t go anywhere else. Enjoy fungal spore heck, my dude! Seriously, though, he is allowed to tell his side of the story which I do think is important. The guy represents the kind of corporate “tough love” I’ve always had a personal resentment towards, but… we’re all human and even the worst of us have our stories and our reasons.

Also, Pam’s love scene with Jesslyn stood out. First, it was interesting that she could only think of Harley while it was happening. It’s also significant that this is when she decides that she wants to live. Being with Jesslyn> Memories of Harley> Reminded of what she actually has to live for. Poignant.

Very interested to see who “the Green Man” is. I’m guessing it’s not the Omega Man turned Green Lantern Green Man. @Nobody.bladesmith may be right that it’s the Floronic Man, but… we’ll see…

I read the Greg Rucka story you listed after the last book to fill the time.

I love me some Greg Rucka.

I started writing something for this weeks issue and got pulled away, but

I’ll be back… now here’s a variant I was admiring, friends! Talk soon. 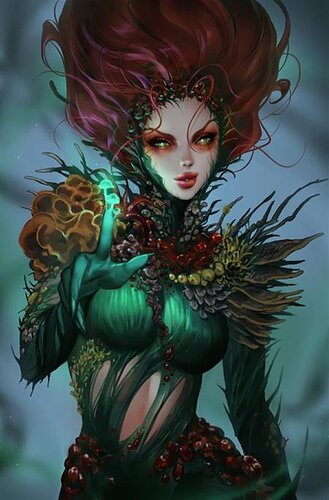 Dear G. Willow Wilson and Marcio Takara,
Great issue. Ivy’s motives and struggles remain understandable, from taking out the garbage (maybe I should’ve felt bad when the gross HR creep got murked, but I didn’t) to her one night stand,which was was strangely…a pleasant surprise. She acted human again, and it brought a drive for purpose and completion to the forefront, which brought her back to knowing why she can’t do this. There’s a mystery afoot, too, and the end of this story arc still feels unpredictable…but I don’t want to speculate, so I’ll just say: 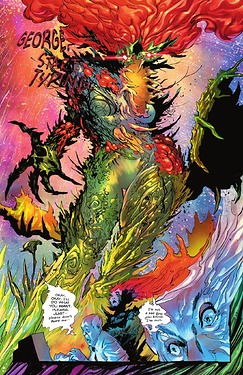 Another track for Ivy’s road trip:

I’m only going to do this for the original 6 issues, peeps

Since it’s prob one of Harley’s favorite holidays… 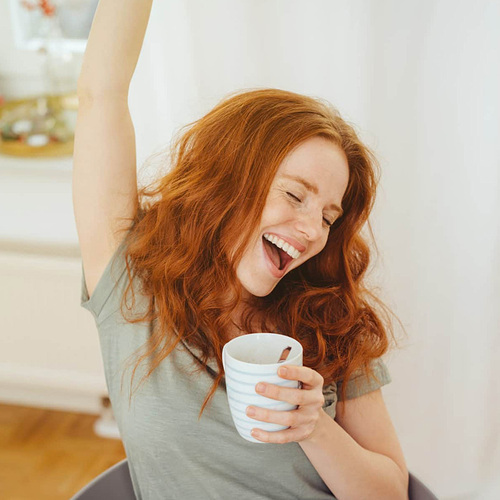 Redheads are like rare birds of paradise, making up just four percent of the world’s population!

And this upcoming variant 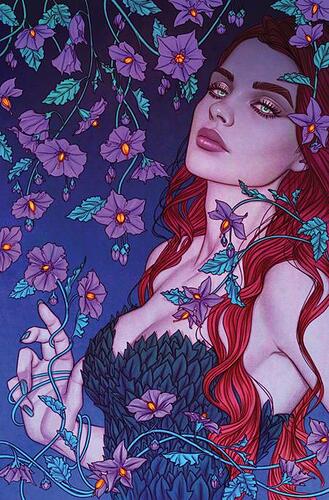 Damn, of course I only find out about this right at midnight on the 24th

I caught up on this last issue. I was thrown by the hook up. I love Harley and Ivy as a couple so I wasn’t happy about it, but Ivy’s thoughts and the fact that she copped to it right away somehow made it go down easier. Which was weird, but then I thought how much it shows strength in their relationship and that Ivy isn’t a liar. If it were weak, she would try to hide it, right? It also shows that Ivy isn’t only gay for Harley, it’s all the time. I’m looking forward to finding out what’s going on with the green creature-guy who he is and what he wants. He better take several seats when this is over.

Since it’s prob one of Harley’s favorite holidays…

Without a doubt. So much that she celebrates it 365 days a year!

I can’t blame her. I’m becoming a little extra obsessed with Ivy myself lately.