POC Batman Heading Our Way in 2021 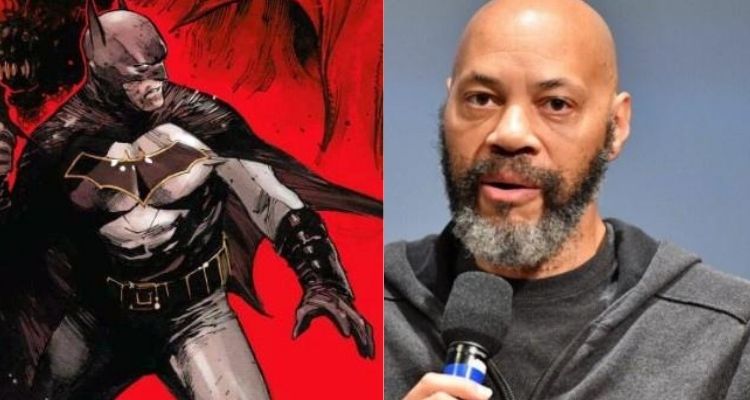 That would be something if they make Bruce a person of color. In Earth 23 for some reason he was like the only one who stayed white. 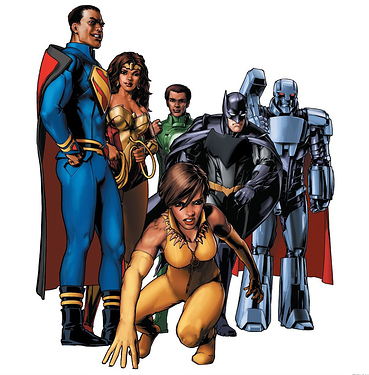 Earth_23_00011073×1088 689 KB
Although, I don’t see much reason for changing his ethnicity. I would rather have a brand new character take the mantle who would happen to be a person of color or even more than that focus on a preexisting character such as Batwing or make a new one. People of color deserve more than just race swaped pre existing characters.
9 Likes
TheTerrificToyman August 25, 2020, 6:41pm #3 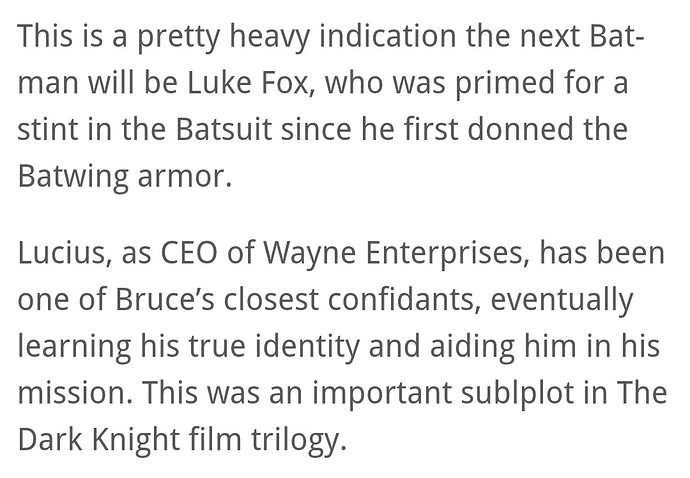 Nice! I hope so. They didn’t do enough with him in Rebirth.

I’ll put it this way: Am I excited for this? Not particularly. Will I read it in trade if the reviews are good? Most definitely.

I’m looking for to it. Will definitely be adding it to my pull list.

You know, if it turned out to be Luke, that would be pretty cool. He’s been around for a while and we’ve gotten to know him, so we would be with someone familiar. Plus, come on, how can anyone not like Luke??

That would be great, but I’d be more excited for a Batman from another universe- that way John Ridley could really cut loose and do whatever he wants.

That’s a good point. If it’s a different Earth then he’s got cart blanche to do what he wants.

Super excited about this! Bruce or Luke, I’m down.

I say bring it. I’m always up for a new story.

I know everyone has been expecting Luke Fox to become Batman, but I’d really love to see Jefferson Pierce in the cowl. He’s got a history with Batman, he’s an experienced superhero, and he could create his own lightning for dramatic effect. 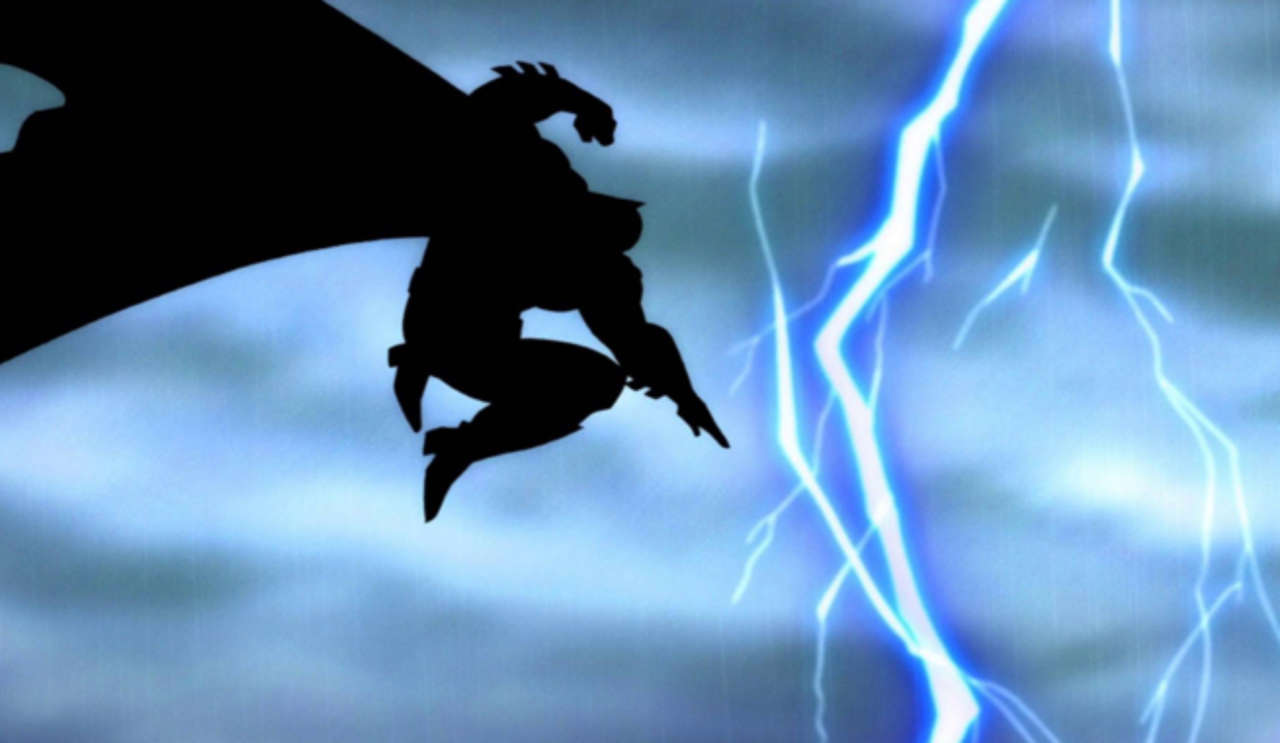 Seriously though, a story where Bruce Wayne asks Jefferson Pierce to take over as Batman for a while, or one where Jefferson can’t operate as Black Lightning for some reason and takes up the Batman identity to keep fighting the good fight would be interesting and unexpected.

I personally do not care one way or the other. I’ve enjoyed superheros as far back as I remember and it never mattered to me who or what color they where behind the mask. What mattered was solid role models, good story telling, and a compelling back story. If they want to make Bruce Wayne a person of color cool if they want to make Luke Fox Batman awesome character would love to see it. Either way I plan on checking it out because I enjoy batman stories.

Seriously though, a story where Bruce Wayne asks Jefferson Pierce to take over as Batman for a while, or one where Jefferson can’t operate as Black Lightning for some reason and takes up the Batman identity to keep fighting the good fight would be interesting and unexpected.

I am in no way opposed to a POC Batman. Duke Thomas and David Zavimbe are right there. And if I had my druthers, the day Bruce retires, Cassandra Cain takes his place.

If they try to finagle this into canon, then this is the second time Luke Fox has taken over superhero duties for someone who is infinitely more interesting than he is. First the afore mentioned Mister Zavimbe, and now Bruce Wayne. It will be the second legacy he’s taken without forging one of his own. Three, actually, because without Lucius Fox, he’s not a DC Comics character at all.

Wait, wasn’t Luke Barbara Gordon’s rebound guy after Dick Grayson had his death faked and he became a secret agent? So yeah, Luke being Batman will be the fourth time he has filled in for someone else after that someone got bored, taken out, or otherwise indisposed. See what I mean?

Wait-wait-wait-wait… Didn’t Luke only get on the Gotham Knights in Rebirth because everyone thought Tim Drake was dead? FIVE TIMES! DEAR GOD!

After this is over, Luke Fox as a character is going to be next to worthless. There is nothing intrinsically fascinating about him except his proximity to other people. He will be impossible to take seriously, or even respect. Someone stubs their toe, and Luke Fox is gonna be off in the corner of the panel with a crude facsimile of their costume, asking “Is it my turn yet?”

Don’t get me wrong. John Ridley, as a writer, has had a lot more hits than misses. For all I know, what he’s planning is gonna be great. And it most likely is. I’ll read it with a smile on my face.

But I feel bad for Luke Fox. I don’t know how you make a career out of being Dick Sargent when not even Dick Sargent could do it.

Maybe this is a bad time to tell you he fills in as Catwoman’s love interest instead of Batman in the novel Catwoman: Soulstealer.

Luke Fox is the Moira Kelly of superheroes. He is literally everyone’s second choice.

Does anyone remember Orpheus? 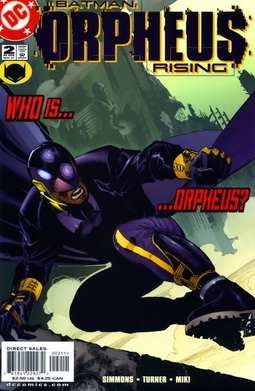 Wasn’t there a second Azrael?