But you are the wise one!

Thank you. I know my DC (toys and otherwise).

You know, just when I think I’ve finally found some even-Stevens level of commonality with you, you just pull the rug out from under my feet.

I liked parts of Seeley’s run, but overall? Eh, not one of my favorite things about the wave 1 books of Rebirth.

Must be those darn deviled eggs that made you like Seeley over Taylor.

Interesting. I just jive with Seeley’s writing and characters over Taylor’s. Plus they had Marcus To on art, even if only briefly. He’s one of my all time faves!

Marcus To is pretty swell, I’ll give you that.

Yes! There are literally no action figures of t-shirt and jeans Superman, be it from the beginning of The New 52 or DC You and the Truth arc. This needs to change.

Shade is a character with only a few figures, so again, yes to this.

I support this for the female and Infinite Frontier representation it would bring to the line.

I support this because I want as many female figures in the line as possible and, like Yara Flor, I’ve wanted a Jo figure since I first saw a promotional image of her.

Thanks! It always bummed me out as a kid that there weren’t many female action figures and the ones they did have were hard to find in stores. That’s why I wanted at least two of my picks to be women.

the ones they did have were hard to find in stores

Undershipped, due to the woefully silly “Little boys don’t want to play with figures of girls.” mentality.

I mean, as a little boy in the late '80s and early '90s, I had figures of Jeanine Melnitz from The Real Ghostbusters, along with this Wonder Woman, which I got when I was 7… 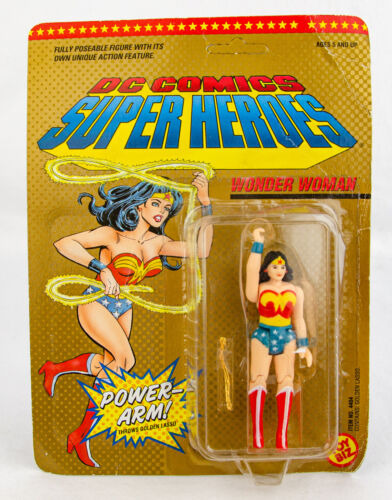 …and I can’t even begin to tell you how badly I wanted figures of Vicki Vale and Chase Meridian when I was a kid, let alone figures of Curare, Dana and Inque in the Batman Beyond line, etc., etc.

So yeah, more women would absolutely be welcome. I would love to see Yara in both Page Punchers lines. Include the J. Scott Campbell variant of Wonder Girl #1 with the 3-inch version and it’d be a homerun, I believe.

These likely won’t ever happen, but ever the optimist, I’ll suggest them anyway:

Not to burst your bubble Ace, but those aren’t so crazy. I mean, they’d get made before my recent, largely Vertigo and WildStorm pitches would.

I was going to say Robin #126, but the figure would largely block Steph’s face, whereas it (and Batman) would be in full view on the cover of #127.

But what about Teen Titans #13? Which has been reprinted quite a lot!

I was thinking that’d be good for Superboy, when he comes along.

Imagine the person who’s new to that comic and what they’d think:

“Robin and Superboy fighting, and there’s an included Superboy figure? This is something I have to spend $9.99 on, and how!”

Would like to see this cover come to life. Ivan Reis’ art is long overdue for some figure work, plus I just love these designs. 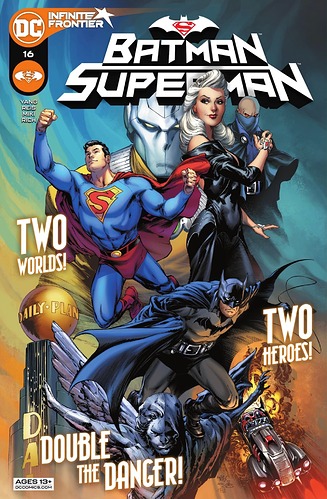 We don’t have any Ivan Reis Aquaman? Criminal!

Ivan Reis’ art was extensively featured in Iron Studios statue lines. They made a lot of DC statues utilizing his designs, especially in 1/10 (7”) scale, including Aquaman: 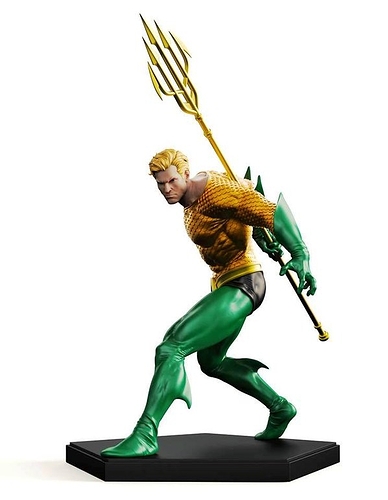 I just haven’t seen action figures based on his art, not yet anyway.