If you were to teach a course on comics, how they function, and how to make them, what collections would you have your students read, and in what order? Try and pick at least six. Here’s my syllabus:

And what more really is there? (JK there’s a TON of comics I’d love to put on this list but can’t because it would be too long and crowded with comics of a similar genre or style) 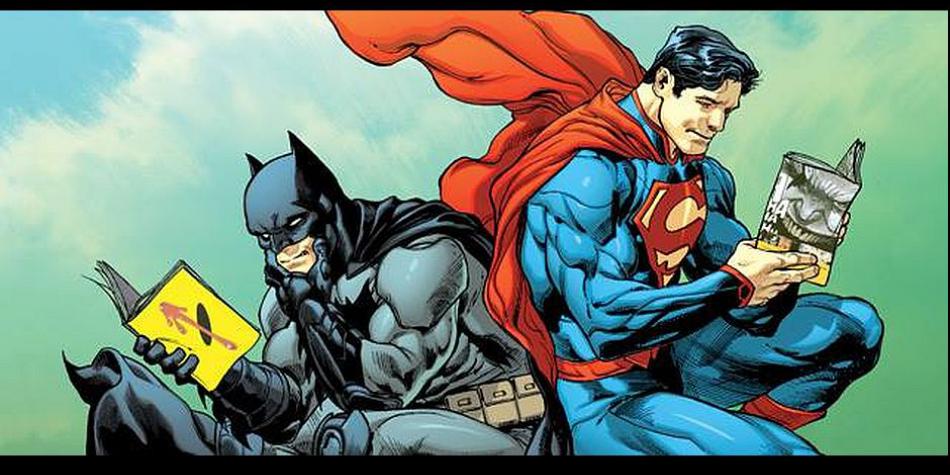 Oh! And somewhere in there would be Daredevil: Born Again. Maybe in between 2 and 3?

@McEddard
Good choices! I wanted badly to put All-Star Superman on there, but I don’t want to assume the students already have a pre-existing knowledge of these characters. All-Star is a little too embedded in the DCU to be able to hand it to a new reader. I also wanted to put Pax Americana on the list, but it’s kind of the same problem there.

Watchmen: Kick it off with arguably the greatest comic of all time.
The darkness is society and authority

All-Star Superman
Introducing some lightness but still focused on cost.

Finale: Sandman
The weird and wild.

@Batwing52, that is true of All-Star, good thing I didn’t include Final Crisis. Can you imagine the blown heads?

So class, how did we do with last night’s reading?

What the heck is a “Darkseid”?

I’d say that required reading needs to include or be a prequest:

The three musketeers by Dumas

Man and Superman by GB Shaw.

That gives a base from which to build on.

The first three issues of Superman in Action Comics (to contrast with more complex character development in modern stories).

Mike Grell’s first 6 issues of Jon Sable, Freelance (sorry, but issues 3-6 are the best origin story I have ever read).

John Byrne’s Superman Man of Steel which re-invented Superman and turned him into something more interesting.

Is this a comics history class or a comics making class?

@MistfitH
Both, or one or the other. I’d say I did mine as more of a comics making class, if that helps.