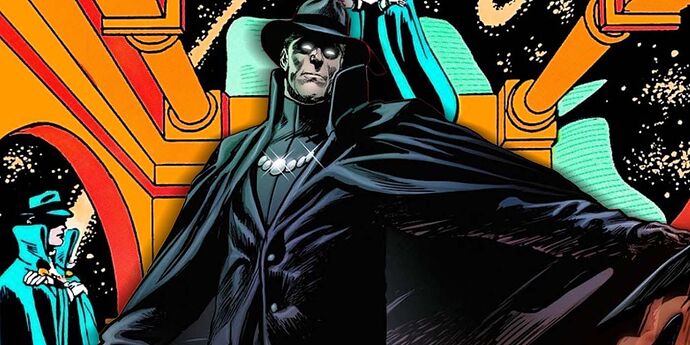 The Phantom Stranger is one of the most mysterious characters in all of DC. Every comic fan knows that a secret identity to a hero is worth more than anything Bruce Wayne’s credit card can buy, so I am out to explore this character’s history and possibly even get a name.

First of all the Phantom stranger did get his own issue from the Secret Origins series and as much as I would like to say “Case Closed!” I am afraid that is not the case, for the issue had not one, not two, not three, but four origins. The stories were,

None of these stories were supposed to be his real canon origin. Now if I could direct your attention to the cover of this issue. 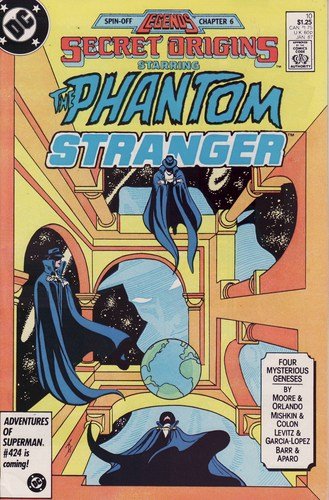 If it seems familiar You are not alone, I thought the same thing. This cover is based on a painting by M.C. Escher titled “Another World.”

Remember when I said DC never intended for any of these stories to be canon? Well in Phantom Stranger #42 an issue of the Blackest Night crossover, a Black Lantern Deadman attempted to dive into the mind of the Phantom Stranger. He didn’t see one clear origin, but all four of the origins from Secret Origins #10. Then Phantom Stranger told a confused Deadman he had seen “Nothing but Everything” The Phantom Stranger is hiding a dark truth and I am trying to figure out what.

When DC released The New 52 almost every character was rebooted, even the Phantom Stranger, a guy who has never been rebooted at all. The New 52 didn’t shy away from giving him a backstory too. The New Continuity proposed he was Judas Iscariot and Phantom Stranger’s amulet was retconned to be the coins in which Judas betrayed Jesus for, forever strapped around his neck. This is very out of character and I do not believe it for a second, that is, until I read Phantom Stranger Future’s End.

We get to see the good old Phantom Stranger we all know and love, and this time he is not wearing the coins around his neck. He even comments on how he left the coins behind because he finally atoned for his sins. The only question I have left is what was the event that started this.

In conclusion, the Phantom Stranger is a Legend and all Legends have their stories. Each of the four stories in Secret Origin #10 are told in the context of Folk Tales and each are familiar events in the DCU, even the time-traveler has some borrowed details from the story of Krona told by the Gaurdians. The Phantom Stranger is anyone you want him to be, although a mystery unsolved, the Phantom Stranger is a hero, trying to make up for his mistakes. Even though I may be asking too many questions my final one is, Is he a stranger at all?

He is a guy who robbed a convenience store for a bag of chips, Tripped, and impaled his neck up his glasses. He is atoning for that.

I am pretty sure I do know his origin, and you actually hit the nail on the head: his origin is anything you want it to be. He is basically tasked with a mission from the Presence, but he is not allowed to interfere with the “free will” of people to exercise it. Were his relationship with the Presence known, they would follow him instead of exercising true free will. So, he has to let them think whatever they want to think, so long as they don’t slavishly follow what he says.

I may be crazy, but I think Phantom Stranger Vol. 4 #0 (the New 52 run) confirms that he is Judas Iscariot. The silver coins he wears around his neck are actually the 30 pieces he received for betraying Jesus. 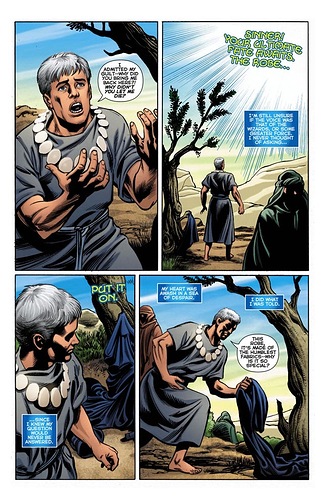 The New 52 didn’t shy away from giving him a backstory too. The New Continuity proposed he was Judas Iscariot and Phantom Stranger’s amulet was retconned to be the coins in which Judas betrayed Jesus for, forever strapped around his neck.

Yeah, what you said.

Hey @Rick2you2.58657! Welcome to the community - please let the moderator team know if you happen to ever need anything.

Only if you you assume a straight line narrative, something which his own Secret Origins issue shows is wrong to apply here. If that is the narrative you want to follow, from a character who breaks the fourth wall and communicates directly with readers, then you are missing the fact that the character needs to be treated normally, with an origin, to function properly. If his true status was known, it would interfere with his mission.

Only if you you assume a straight line narrative, something which his own Secret Origins issue shows is wrong to apply here.

I’m a rebel. I’ll assume whatever I like. That’s the beauty of comics.

Plus, he’s more fun as Judas!

I have always been partial to the idea of The Phantom Stranger as an angel who remained neutral when Lucifer and other angels rebelled against God. It would certainly explain the extent of his powers. That having been said, I actually think I would be disappointed if DC came out and said, “Yes, that’s his origin.” With The Phantom Stranger, not knowing his origin is part of the fun.

I don’t think so, and neither do most fans. To some, the only thing worse would be trying to rehabilitate Hitler that way. I also don’t like the incorporation of a certain version of the Christian faith into a universal character. It is insulting to those from different backgrounds, suggesting it is the one true faith.

Well done, Chimp. A thorough investigation. Like all continuity, I believe Phantom Stranger’s origins are what you make of them. The indifferent angel theory is definitely my personal favorite, though I admit a general partiality to Alan Moore, who first proposed it.

By that logic I should be insulted by Wonder Woman using Greek gods. In the DCU all myths are true.

There’s a bit of a difference between fictionalizing a religion actively worshipped by billions of people and one which has been relegated to mythology.

I don’t think so, and neither do most fans.

I was just messing with you. I actually agree that the ambiguity is fun and engaging for readers.

This whole thing reminds me of fans arguing over the Joker’s origin.

At the end of the day, comics are supposed to be fun. Enjoy the ride. No one is trying to insult you.

Thank you so much! I am honored. (Also I found out his amulet was named “The Amulet of Origins”)

its more fun when you don’t know the story and can just guess, the mystery is part of the fun

I never knew that! Good find!