Of course if Pete Davidson is cast it will murder all the immense excitement and goodwill I have for the movie.

As for Davidson, I was relieved to read that if he’s cast, it will allegedly be just for a cameo. That’s a relief.

Always a good thing to have a Doctor on board. He would chew the joint up.
Beware Davidson, clearly from his dating history he has magical powers.

Capaldi’s a fantastic actor. He’ll add to any project he’s involved with

Davidson would be best cast as a guard or bystander who bites a bullet in the opening seconds of his screen time.

Love Capaldi and Davidson so happy to see them join the cast. Can’t wait for 2021!

One of my favorite Doctors. I wonder who he is cast as. 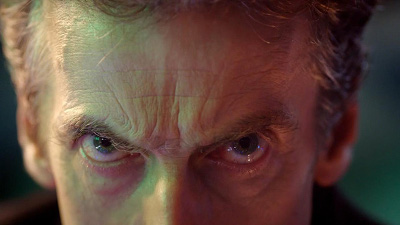 He’ll probably be a bureaucrat or a scientist, but I think he’d make a fantastic Count Vertigo.

I just heard he had to shave his head for prosthetics, so my money is on Psimon.

I wanted him to play Dr Fate

Yayyyyyy not a bureaucrat!!!

Here’s a source for the head shave and prosthetics. You can just see him as Psimon wow

Too bad he cant be chronous

I think he would’ve made a great Felix Faust, but even if they used the zombified looking version of Faust, I don’t think he’d need to go bald .

Some people are speculating Mr. Freeze, but Freeze seems too mainstream. Gunn was going to focus on some of the more obscure characters so I suppose Psimon is as good of a guess as any.