What are some characters you think are overrated in the DC comics universe?

I know it’s an unpopular opinion, but I think Batman and Lobo are overrated

I’m with ya on Batman

I completely agree with Batman

I’m pretty sure Batman is the only option here 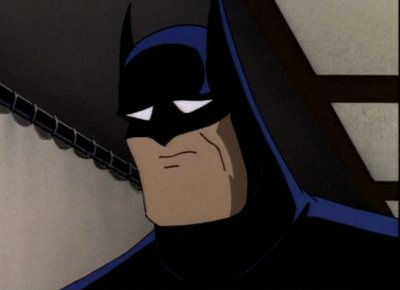 Batman
Damien (his “demon” son)
Lobo (completely offensive)
Harley Quinn (She’s only funny in the Animated Adventures.)
Cheeta (How in the name of God can a souped-up “catwoman”
be a threat to Wonder Woman?)

A lots of hearts will be broken in this thread

Deathstroke. I have never understood all the hype surrounding the character any time he shows up in something. Like, when he was (at the time) rumored to be showing up in Justice League or getting his own solo film or even when he showed up in the Arkham games, and it seemed like EVERYONE was looking their minds over it, I was just like “well, okay. That’s a thing, I guess?”

Yeah, Deathstroke! I love the Titans, I love his look, I love his gimmick, but every single story I’ve ever read about him bored me.

He has been awfully written over the past 31 years or so, and it’s to the point where his more dim witted fans believe that he can beat anyone in a fight.

So let’s cut to the chase here, Bruce Wayne is a gifted athlete, detective, martial artist and an all around good technician. What he is not and never will be, is in the league of 95% of the Superheros. He has no powers, he wears light armor and has little to no devastating offensive weapons. At the end of the day what he does have is a huge fan base and plot armor. By all rights he should be dead by now, yet his legions I’d rabid fans keep him from getting killed by the likes of Darkseid, Doomaday and dozens of others, who by all rights should have broken the bat into a million pieces by now.

Give me back classic batman who was smart and a brilliant detective, and get rid of this overrated “Batvod”. His stories were better back in the 70s anyway.

@Divulging I enjoyed Scott Snyder’s Batman, but Batman did start getting overpowered towards the end. A lot of stuff from the 90s was also very good and he wasn’t ever too overpowered there.

Honestly, I would say that Batman has been more consistently well written than any other character over the last few decades. There are some rough patches, like Grant Morrison’s run and Tom King’s run though.