Out of Time: Keto Shimizu on Legends of Tomorrow's Bold New Season (Spoilers!) 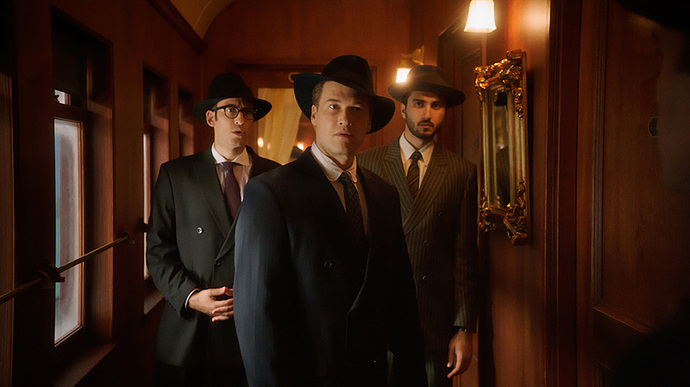 fter six seasons jetting through time, the scrappy crew of DC’s Legends of Tomorrow is finally putting down roots, though not exactly by choice. Last summer’s season finale saw the Waverider destroyed by what sure looked like…well, the Waverider, leaving the Legends stranded on Earth in 1921. Tonight, when the show’s seventh season picks up on The CW, the team will be faced with their biggest challenge so far—getting back home.

But if you’re thinking it’s just a matter of calling the Time Bureau or having some friendly alien race cruise by and pick them up, think again. When the Waverider is destroyed, so is everything inside it, including the tools the Legends use to get themselves out of trouble. Rather they’ll be forced to rely on their intuitiveness, knowledge of the era and plain old-fashioned luck. And if you’re thinking that sounds like a fun, highly unique episode, think bigger. The Legends will be dealing with this for the entire season.

It’s a wholly different approach for DC’s Legends of Tomorrow and makes for arguably the biggest change to the series since it shook up its initially serious take on superheroics for the more humorous direction it’s had since season three. Even more, it’s not the only change. Gideon is now human (played by Amy Louise Pemberton, the actress who has voiced the AI since it debuted back on The Flash ). John Constantine has left the team, but Matt Ryan is back playing a mysterious new character. And all of this is to say nothing about Sara and Ava’s new reality as newlyweds.

In short, it’s an all-new Tomorrow for one of DC’s longest running TV shows, so we thought the time was right to sit down with executive producer and co-showrunner Keto Shimizu to find out what lies ahead for the Legendary crew in this strange new, non-time-traveling world.

To read the interview with Keto Shimizu, head over to DC Comics!

Are you excited for the next season of Legends of Tomorrow? Let us know in the comments!

Also exited for this. Thought it wasn’t going to come back until January so this is nice.