Opinions on Wonder Woman year one

My opinion on Wonder Woman year one is that it’s a really good Wonder Woman story, great storytelling by Greg Rucka and also great artwork by Nicola Scott, Wonder Woman looks so beautiful. 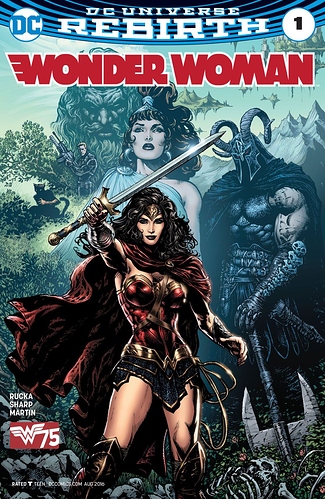 One of my top ten.

Good story, but I vastly prefer The Lies and the other arcs drawn by Liam Sharp in the Rebirth WW series by a huge degree.

I enjoyed it. It was a tad annoying to read as originally published. They were going for a Godfather Part II thing, I guess.

Just read it here, enjoys it a lot and love Scott’s artwork. Continuing with the rest of the series since i didn’t read it in print

It was good, but I still prefer Rucka’s original run.

One of my all time favorites.

I really like the story but I’m not sure I would have liked the way it was released in single issues.

@LPCustom76 I have no idea.

@LPCustom76 The new material in the Year One Deluxe Edition is the addition of stories from WW Annual #1.

The rest of the DE’s content is identical to that of the original trade release of Year One.