Welcome back to One-Shots, a weekly book club where we read and discuss a single issue with little to no context needed!

This week we’ll be reading Batman/Elmer Fudd Special (2017-) #1, also known as the greatest crossover of all time. You can find it in the DC Meets Looney Tunes series or here: DC Universe

The discussion will remain open until August 28, 2019.

Discussion Questions:
1.)Share your general thoughts on the issue.
2.)In the first story many recognizable Looney Tunes characters are reimagined as gritty, realistic versions of themselves. Which one was your favorite?
3.)Give this story a rating on a scale of 1 to 10. 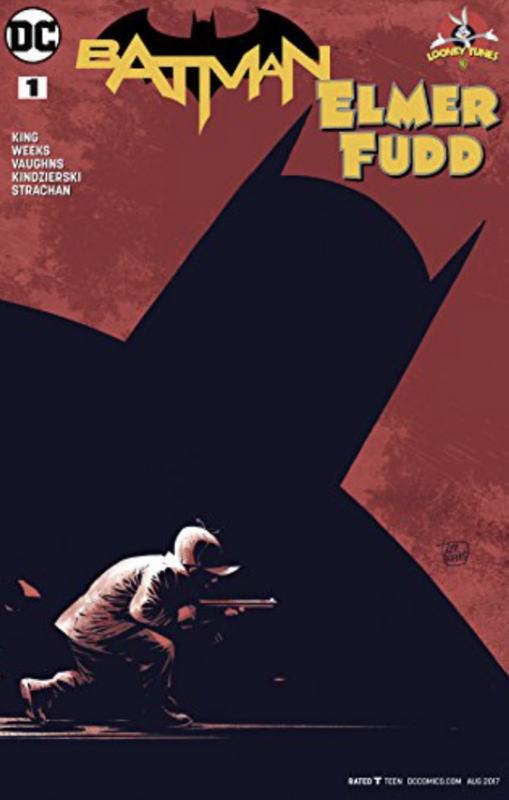 This issue is great! I wish Lee Weeks would do more…

I actually had read this fairly recently!

General thoughts, really strong one-shot issue. With a gimmick like this, it feels like it would be easy to just make some jokes about Looney Tunes characters and just call it a day, but King I think does a pretty good job of telling a legit classic crime story that happens to have these tweaked iconic characters blended in. I think at first I was really not feeling this take on Silver St. Cloud, because it felt like King was taking a really great, classic character and turning her into a stereotypical femme fatale, but in the end she came out feeling like her usual self, just in a remixed sort of story (though I still prefer her in Strange Apperations and Dark Knight Detective).

Also, I have to give props to the back-up story, also by King. With the kinds of stories he writes, I think King gets pegged as this uber-serious writer who can only write about characters with PTSD, but both stories are good showcases of how he’s also able to write good comedy as well.

“In the first story many recognizable Looney Tunes characters are reimagined as gritty, realistic versions of themselves. Which one was your favorite?”

I’d probably go with Buggs, because it both fits as the creepy criminal henchman archetype of this crime story, and the Looney Tunes version of just being an instigator for other people’s misery. “Gee, ain’t I a stinker?”

I think I’d give it a solid 7-8. It doesn’t set my world on fire, but it is pretty fun and well made.

I will have to check this out. I am not to crazy about King but I am for Elmer.

Oh no my time’s running out

@Jay_Kay I never really thought about it, but you’re right. Tom King really shows that he’s capable of doing more genres than the ones people expect him to. Actually, I’d like Tom King to do more comedy; I like this issue more than a lot of his other work.

As for my favorite character, I think it has to be Porky. Just because I like that last scene. I may criticize Tom King a lot, but that’s some great writing.

Yeah, I remember back when King was talking about how one of the characters in Heroes in Crisis was going to be the subject of his next twelve-issue maxi with Mitch Geralds, I was hoping for a Blue and Gold story, maybe something with a little more comedy to it.

And really, the more I think about it, I feel like his work is actually full of humor, it’s just often filled with a lot of real stuff at the same time. Like, just his Batman run alone is full of scenes like this. 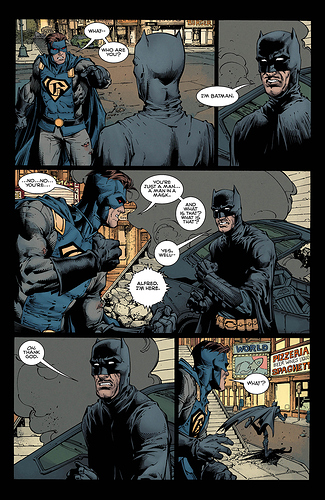 @Jay_Kay He does have quite a few funny moments in his more serious work. Unfortunately I find most of those moments are really bad (think of Gotham Girl talking in the recent Batman #75). A few of them are good though, like the one you showed. But this issue shows that when Tom King focuses on creating a really funny story he can do it really well. And not just one type of humor. In the two stories here he and the artist incorporate dry humor, visual gags, slapstick comedy…

As I finished reading this, I heard a little voice in my head saying, " that that That’s all folks!"

1 general thoughts…The art was perfectly suited to the story, nice and moody .,really good art.
The obsession of Elmer Fudd was kind of fun to watch. 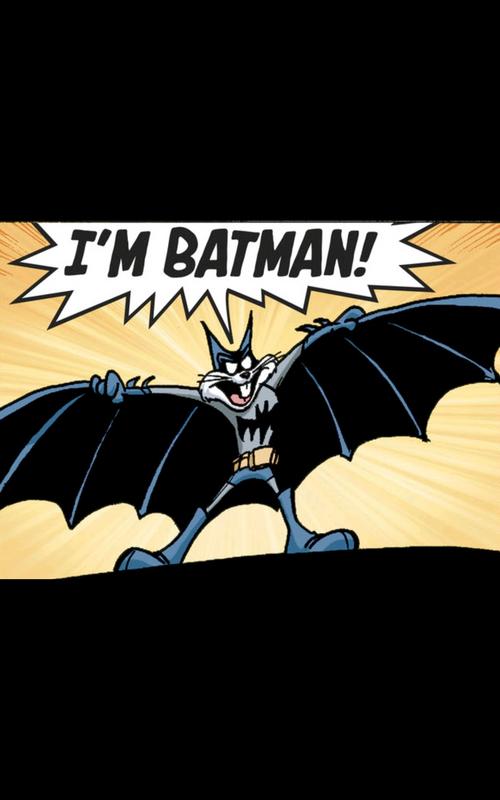 @Don-El I had the exact same thought about Who Framed Roger Rabbit that you did when I real the story.

Also got to give props to Mitch Geralds for how he designed the Looney Tunes characters, where they look perfectly human, but instantly recognizable to their cartoon counterpart.