I think the whole “make the Earth as boring as possible” plan was probably the most ingenious and hilarious.

I’ve read a little, but I know of Jimmy’s SIlver Age stories more by reputation and by other writers playing with those ideas. For me, those modern takes on the Silver Age era are better because they feel more unique to what other books are doing at the time, and I think are just written better.

This issue features art from several different artists. Does this take away from the story, or do you think it can help?

Maybe it’s because I had previously read a chunk of these in the past when I read the Lex Luthor run of Action Comics for the Superman Book Club and kind of just skimmed those, but I didn’t really notice any change in artist. I don’t know if I wasn’t paying attention, or if maybe the inker or something was good at making everything look as uniform as possible. Or more likely it was a mix of both.

I’ll give it a 8. I think it kind of slumps a little in the middle, but I liked that it was a story that was both whimsical and funny, but also had legitimately good character drama, and had something to say about love and relationships.

Huh. I guess I made that part about other artists up (I don’t know where that came from). I’ll come up with another question then and edit it in.

My favorite scenario was Jimmy saving the world in his underwear. I think it was funny that they brought back the original fight between him and Chloe at the beginning of the story and to see Jimmy in his Batman underwear.

I can honestly say I haven’t read many silver age comics so I can’t really compare how this version of Jimmy compares to his version in the silver age.

This issue features the debut of Chloe Sullivan to the main DC Universe. Previously, she had been created for the television series Smallville. If you’ve seen Smallville, how well do you think the character transferred over? If not, who is your favorite comic character that debuted in another medium?

Chloe has some of the same determination to get to the bottom of a story as she did in Smallville. She even goes as far as to interview Sebastien just to find out what kind of plan he was up to. I think the most well know person to come from another medium is Harley Quinn.

I would give this story a 7. It had its moments that I really enjoyed such as seeing Jimmy being a co-Superman and how his life was not at all what he was use to, and also some moments that didn’t really feel like a Jimmy story such as Chloe also having a watch but one that actually works when she needs it too.

I’m pulling it up so I can re-read it now. I am not sure it was put away correctly last time I read it, so it might take me a while to find my physical copy. That’s why I am going to the digital one.

It had to be a nice fat comic

This was not a dig. I love Etta Candy almost as much as I love Jimmy Olsen.

“…wearing my underwear inside my pants like all the other losers.”

I’m pretty keen on the partying aliens who get drunk on oxygen. Jimmy concluding that he would have to bore them into leaving required some top-shelf nerd-fu, and good ol’ bowtie had the chops.

I haven’t really read many of those. I think I have a collected edition of some of the weirder ones somewhere. I do know that the Flying Newsroom was a real deal. I suppose I could say that the pure silver-age weirdness of those comics, while no longer a prominent thing in modern comics, gave license to Nick Spencer (and later Matt Fraction) to interpret Jimmy Olsen as a weirdness magnet, an interpretation that has led to some really fun comics.

This issue features the debut of Chloe Sullivan to the main DC Universe. Previously, she had been created for the television series Smallville. If you’ve seen Smallville, how well do you think the character transferred over? If not, who is your favorite comic character that debuted in another medium?

I didn’t watch Smallville, so I don’t know anything about Chloe Sullivan. I do know I liked her in this comic. My favorite comic character that debuted in another medium would have to be…Roxy Rocket, maybe? Wonder Twins? I don’t really know.

I did it! It took two days, but here we are! One-Shot Book Club does it again!!! 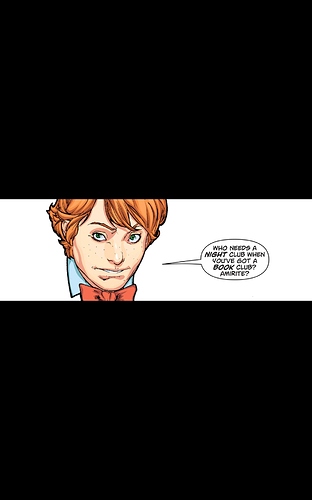 Screenshot_20200312-211116_DC Universe1200×1920 195 KB
Highly entertaining, lots of the fun vibe that the current Jimmy Olsen is doing is also right here 9 years or so prior! If you like Nick Spencer’s other stuff, ya gotta sample this humongous single comic!! 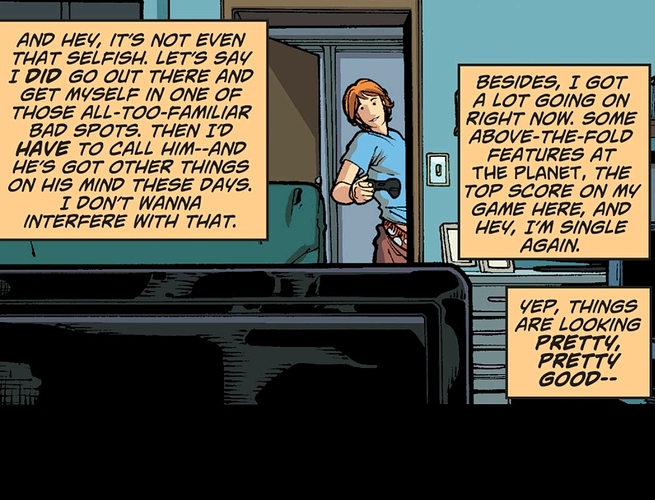 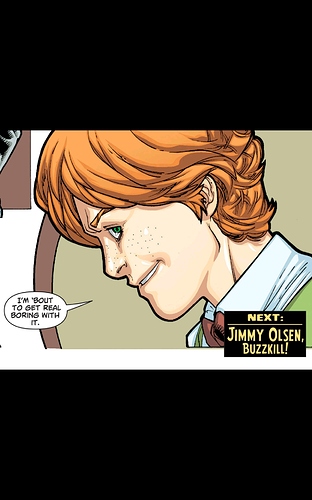 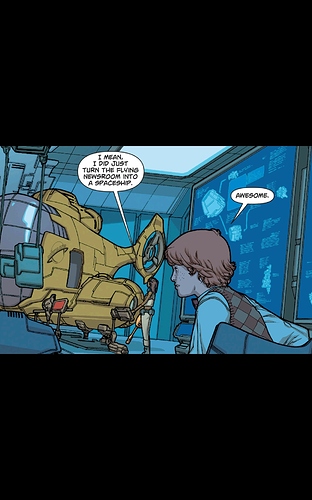 So here we have a chuckle as Jimmy has the Flying Newsroom suped up for space travel; back then, lots of city news rooms had “flying newsrooms” but the Jimmy Olsen one had fun extra bells and whistles (like, as I recall, an actual office desk and typewriter in the helicopter). 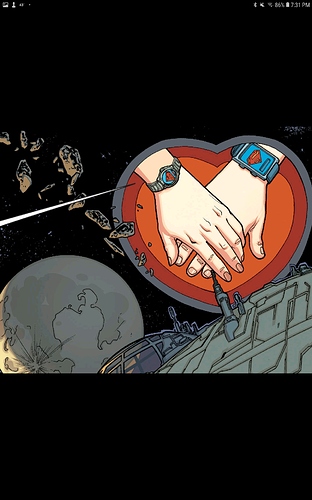 Here’s a sad similarity. Much of what got the real life actress that played Chloe in trouble: was a super rich guy that she did evil deeds for, and here…a super rich guy is trying to win Chloe over. Maybe the actress should have read this comic, might have given her fair warning to run… 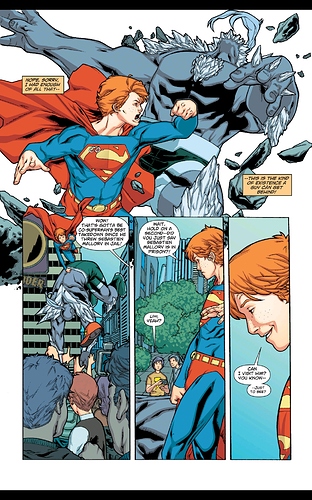 Thanks again @TornadoSoup and visionary @Awesome_Squid See you guys around sometime on the internetz!!!

If you like Nick Spencer’s other stuff, ya gotta sample this humongous single comic!!

You know what’s funny? For the longest time, outside of this one-shot, I’ve hated Nick Spencer’s other work. Like, his Morning Glories started out intriguing but suffered the Lost Effect, i.e so many mysteries you start to doubt he actually knows how to solve it. And the less said about Secret Empire, the better. shudder

His ASM is LOADS better, though that may be because I’ve hated so much of the previous Spider-Man runs for the past…decade that my bar is so low it practically hits the floor.

Oh, yeah, there’s THAT side of Nick’s stuff too for sure, and I also am not a fan of those runs - and none of those are cornball fun like ASM or this.

The other "FUN’ Nick that is hilarious good superhero / villain / dumb criminal fun include:
Superior Foes of Spiderman (with Steve Lieber on art)
The Fix (Image…soooo funny with artist Steve Lieber again)
Ant-man

Let me double-down on Don-El’s other fun Nick Spencer recommendations if there are any folks around who haven’t read them. All of them are amazing.

Welcome to One-Shots, a weekly book

Weeks are just a construct of the establishment, man. Like, what even is a week?

I have no comeback to that.

Time is just a concept made by man to try in vein to figure out when he’ll die.