On the Streets of New York: John Ridley on Jace Fox's Big Move 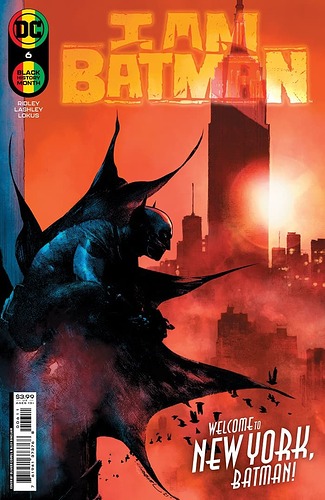 Start spreading the news… there’s a brand-new Batman in the DC Universe, with a new city to call his own. All through 2021, writer John Ridley ( 12 Years a Slave , American Crime, The American Way , The Other History of the DC Universe ) reintroduced us to Tim “Jace” Fox, lost scion of Bruce Wayne’s tech and money man Lucius Fox. In Future State , in The Next Batman: Second Son , and in the ongoing I Am Batman , we’ve seen Jace return to Gotham and make a name for himself as a different kind of crimefighter under crimefighting’s most prestigious name. And this year, Jace and the Fox family are heading to New York City. Jace has already been showing us what Batman might mean without Bruce Wayne. But what is a Batman outside of Gotham? We talked to John Ridley to find out.

To read the interview with John Ridley, head over to DC Comics!

Are you excited for I Am Batman #6 next month? Let us know in the comments!

there’s a brand-new Batman in the DC Universe,

I am looking forward to this. I’m currently reading Second Son. I’ve got some catching up to do on I Am Batman, but I’ll get there.