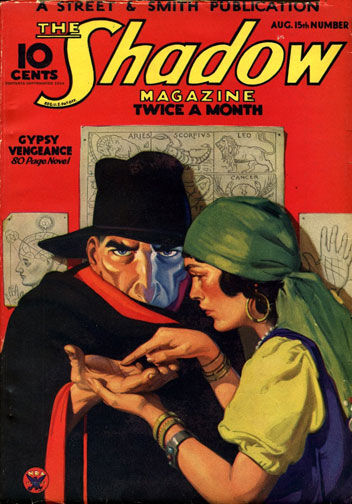 2 short episodes in just under one hour = a fun way to celebrate the halfway point of the week!!!

We’ll launch the audio recording in unison like street cloggers clicking to a somber tune!

What to queue and save to Youtube Favorites beforehand:

There are one (1) recording of the 2 episodes we will be listening to and discussing live as they occur here in this thread Wednesday evening:

Google drive: The Temple Bells of Neban and The League of Terror The Shadow.mp3 - Google Drive

The Temple Bells of Neban episode #091 Orson Welles and Agnes Moorehead star in the October 24th, 1937 episode of The Shadow, originally broadcast from WOR in New York over the Mutual Broadcasting System. In this episode, a mysterious beautiful woman knows who The Shadow really is. The mysterious woman is played by a young soon-to-be radio legend, Jeanette Nolan.

The League of Terror ep #102 January 9th 1938 In this story Michael Sullivan is sentenced to prison for using counterfeit money and he won’t tell the authorities who gave him the money because he is afraid of what might happen to his family if he talks.

All of the recordings for these Listen Alongs are also in this Youtube Playlist: Old Time Radio Heroes - YouTube

Yep this is happening.

Ok, links set up, we are good to go Wednesday night!

I loves The Shadow, so I will try to make this.

The class can look at Lightning Storm Shadow, but they can not touch, no matter what Ms. Margot Lane says.

My mother loved to listen to The Shadow on the radio.

One day she went to see the radio show performed.

She was very disappointed.

She said it was just people standing around the microphone and a guy using stuff to make the various sound effects, not at all what she expected to see.

Is this The Shadow series that advertised Blue Coal during its ad breaks?

When I was a kid, my mom had a set of audio tapes from The Shadow that I listened to constantly. While I loved the show itself, I dug the Blue Coal ads, too.

IDK why, really. Maybe it was the pop and hiss of the old audio combined with the narrator’s voice that did it for me?

“Friend, is your home prepared for the coming winter? With Blue Coal, it will be. Yes, that’s Blue Coal. Ask for it by name.”

Yes this is the Orsen Wells Shadow series that featured ads by Blue Coal that seems so alien now.

I kept at least one of the ads for us to listen to. Part of what I do with these curated listenings is to remove many of the ads since that could become very tedious and leave us with less episodes per evening to listen to.

The Listen Along is tomorrow evening, Wednesday.

Fun times ahead? The Shadow Knows!

In 3 hours The Shadow finally arrives!

Weirdly I wasn’t getting notifications when comments were being made like I usually do! I’m ready though!

I guess since this isn’t in the WAL category my notification settings didn’t pick it up as “Watching” and I only had the “Normal” alerts on it.

it seems to be in WAL in my version. ah well. 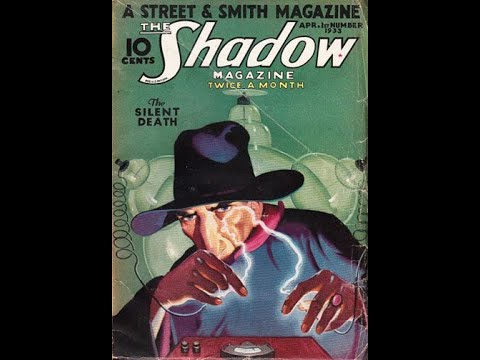