I think you got your quote wrong.

Awesome, I’m currently watching Partners in Crime with Lynda Carter and Loni Anderson. We reviewed the pilot on my podcast this week. 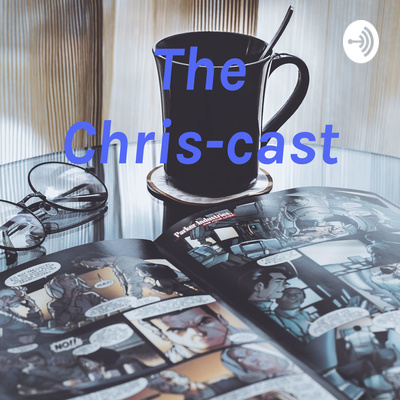 Episode 98 by The Chris-Cast • A podcast on Anchor

Any idea if that “Partners in Crime” is out on DVD?

It looks like it aired on CTV, here’s the link: I think you got your quote wrong.

Wrong or not, if there was ****ing in baseball, I’d sign-up for my AAA team toot sweet.

Of course, Major League Baseball would first have to allow women to play, mind you. Then, after that happened and once said seemingly fun physical activity was implemented, I would sign up so fast that…

That guy is such a dip-

None of the recent theatrically-released talkies are of interest to me, but come the first Friday in August and the movie that debuts then, oh yes. That will be a new movie for me! In laser projection, bone-rattling Dolby Atmos audio and on a giant screen? Hell. YEAH.

Snake Eyes is also of interest, as I

Not sure the exact name, but it is Canadian

The genius is the difference in opinion. Anyone else have an unpopular opinion? I’ll start, the Rolling Stones are extremely overrated and Mick Jagger has no variation in his voice. I could go on, but I’m gonna stay positive (and by go on, I mean other artists, that’s my whole opinion on the Stones)…

You can always use the “WWE Network was 9.99, and you can now get Peacock and WWE for 9.99 a month” argument too. 2 services for the price of 1. Personally, I dropped WWE long ago and “the 'C¤©k” didn’t thrill me enough to want it. However, I am happy for those who have it. Just, why does Universal not put more of their TV show library on it? The NBC app still has some of my favorite Universal shows. (I am equally upset with HBO Max not giving me Man from Atlantis, Alice, and especially MURPHY BROWN!!!)

I consider it a continuation of the story for Tommy Lee Jones. Not a sequel because it doesn’t focus on Dr. Kimble and not a spin-off because the Marshall chasing Kimble just keeps chasing suspects.

I prefer Golden Grahams, but I very much love Reese’s and Cocoa Puffs. Basically, I’ll eat most Big G cereals…

then I’ll lock the topic roundabout Friday before creating a new one in two weeks.

Does this mean there’s already a new link when I’m still catching up on this thread? I’m so far behind…

Criminal to cut Christian Slater from the film. And when you consider the third was basically just one big cameo appearance film, it’s even more unjust…

Greetings, friends - I have shared some big news, as well as the final edition of Office Hours over in General Discussion.

The reason this is the final edition of Office Hours is because I will be closing this chapter of my time as the Sr. CM for the DC Community this Friday, July 16th. I hope you will all join me tomorrow night with any final questions you might have about this transition, how this impacts the community, and what you can look forward to in the many years to come

That link again is right here:

Greetings, Citizens of DC Universe, Welcome to this, the final installment of Office Hours as hosted by Applejack, taking place 2021-07-13T23:30:00Z (UTC). The reason this is the final installment is because this Friday, July 16th, marks the final day of my tenure with DC as the honored Sr. Community Manager. It is for all good things, and some exciting change and growth- however, saying goodbye to representing the best community in the world comes with a significant amount of bittersweet sadn…

Just a heads up that Office Hours will be continuing every week in the thread below.

I’ll be leaving this thread closed as somewhat of an archive and part of the legacy of Applejack.

[image] Shout out to @Razzzcat for this truly amazing GIF Join the Swamp Thing himself this Tuesday (2021-07-21T00:00:00Z (UTC)) with your questions about DCUI, cats, swampy things and everything beyond! Hello! I will be carrying the torch for Office Hours for the next few weeks/months. We still want to stay connected to you all as a community and Office Hours is a BIG part of that! And, pray tell, who exactly are you? I’m the Community Admin for the forums. In @Applejack’s stead, I …