So… One last time then to AH, and everyone else… Sweet Dreams until next time among the threads. 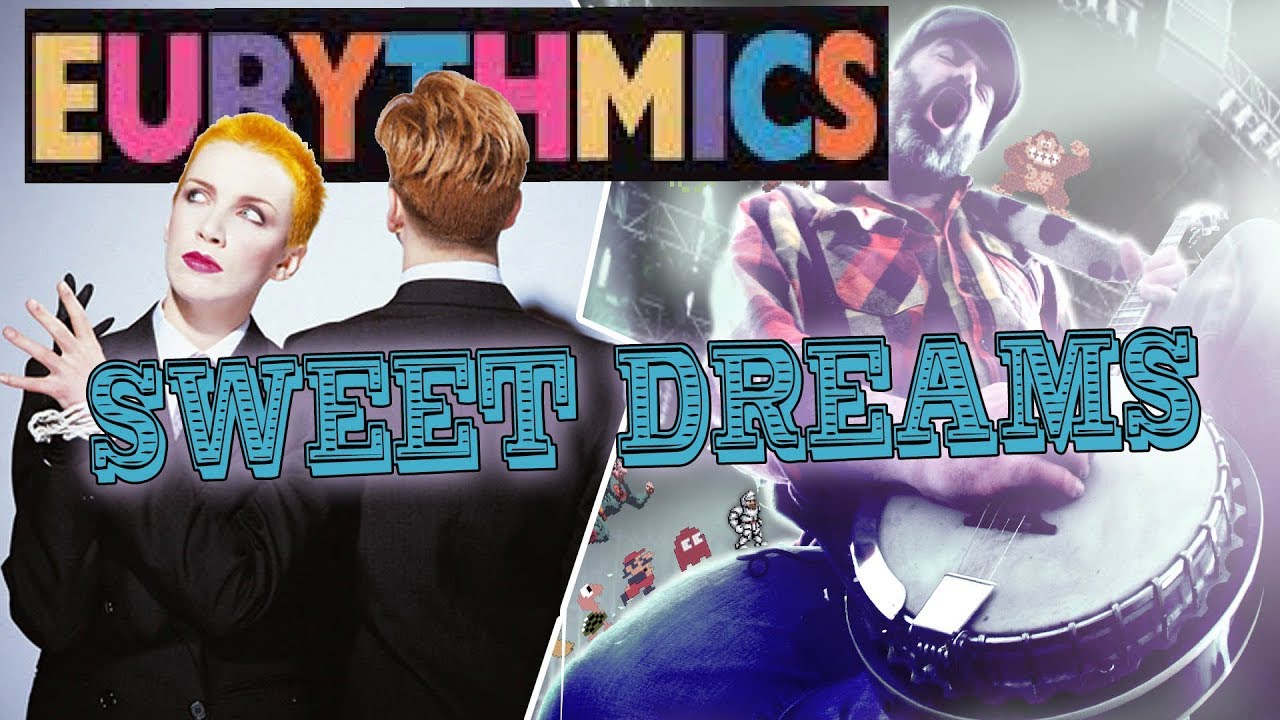 Yes I will! I’m just falling back to my previous position when AJ was here.

Oh thank god!!! You had me worried for a second!

It’s like a job interview! I think I’d piss my pants lol

Today’s the day folks. My FINAL installment of Office Hours.

NOOOOO I missed your last OH!!!

Can we get a link to the new OF?

thank you, see you around

Laser eyes, flight, invisibility etc. is all really cool, but it’s not unique.

Pish-tosh, my man! When you’re this guy… 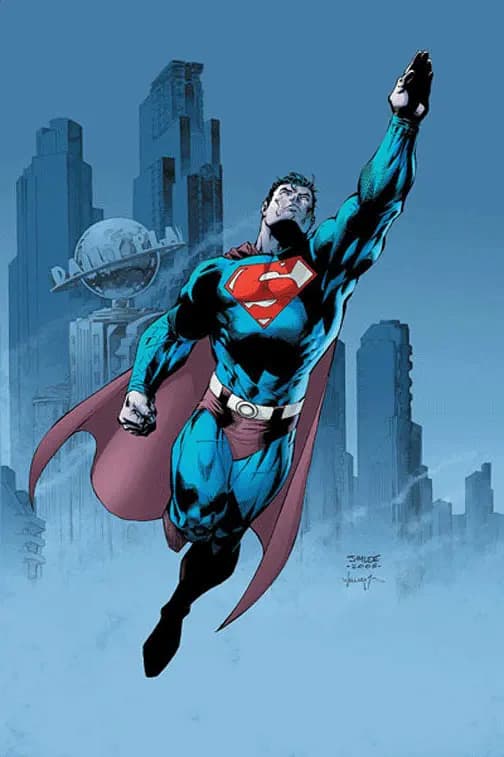 …and you put super powers (along with comics, superheroes, a shared, interconnected universe and much more) on the pop culture map, they’re unique. 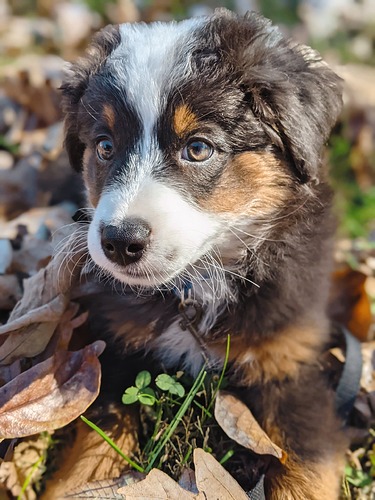 Also also AH: What are your thoughts on jerky and why its a perfect snack?

I’m a big fan as long as it’s the savory kind. I’m not a fan of the sweet ones with sugar and fruit juice used in the cooking process.

I’m also more into beef jerky than other alternatives, like turkey jerky.

I loves me some turkey, but as jerky? Eh, not so much.

Holy potatoes Dr. Jones, I AM!

I’m even thinking of buying this: 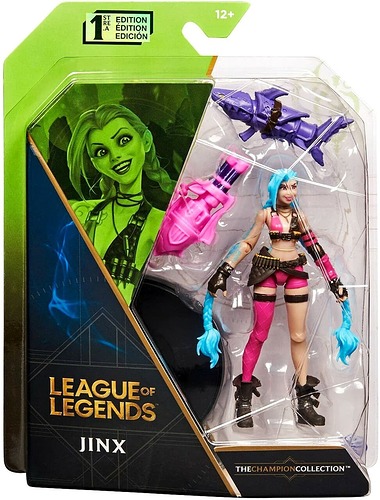 Since 2015, I’ve limited my action figure collecting strictly to DC-based wares, but the above is by Spin Master and in the scale of their DC lines (4-inch), so I think she’d fit in well as a character of my own creation.

Or…she could be the start of my own DC/LoL crossover. As Lex said in Superman Returns, “Possibilities. Endless possibilities.”

I have not, sadly. I’ve had Long John Silver’s take on fish though, and that has a side of chips/fries.

Honestly, LJS isn’t too far from the English style. Red Lobster also makes a valiant effort with theirs.

Whew, that’s a relief! I was hoping my mention of LJS wouldn’t make you think of me as an uncultured, uncouth, American swine. While I am American (and damn proud of it, as well as my British/Irish ancestry), I am anything but uncultured or uncouth.

adjusts the monocle he wears over his glasses as he drinks his tea, pinky-out of course, whilst turning up the volume on his Beethoven picks from Spotify

Yes, I’m quite the cultured sophisticate, you see.

Speaking of our homeland (ancestral for moi, but a Brit is a Brit, all the same), have you been to Forbidden Planet? It looks like my kind of place, and then some.

Yes! It is very much your kind of place. The one I visited frequently was a nerd’s dream come true. Downstairs, you have pop figures, merch, figurines, statues, decorations etc. from 100s of popular shows and IPs from Firefly to Dr. Who. DC to Marvel. Resident Evil to Terminator.

Upstairs, there’s row after row of comic shelves, all neatly sealed in their own plastic sleeves as one would expect. They also have card games, trading cards, board games etc. etc.

Say, when you next go back to England, can I join you? You can show me about London and the like, we could snag authentic fish and chips and a pint or two and then we could go to Forbidden Planet and just blow pounds and pounds away on all kinds of cool stuff.

Have you read Goddess Mode 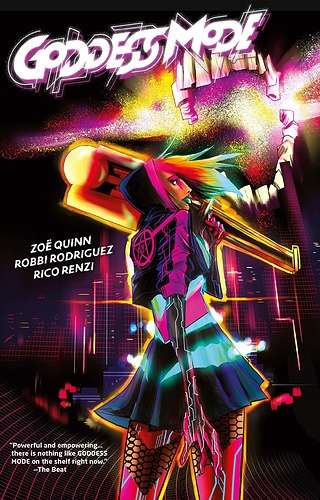 Its pretty badass, and from Vertigo. If I was a woman, I would absolutely cosplay as some of the characters and I’m not even that big of a cosplayer.

If you could be involved in the making of your dream live-action DC movie, who would direct/write/star in it and what would it be about?

Easy. The Nice House on the Lake directed/written by Jordan Peele and James Tynion IV. As weird as it sounds, I think Hugh Laurie could pull of the character of Walter and (genuinely) recast the cast of Until Dawn (a fantastic horror game with a AAA cast) to fill the positions of the house guests.

A most intriguing selection. I enjoy what little of The Nice House on the Lake I’ve read, and concur that Jordan Peele would be a good choice of director.

My choice for a dream LA DC project? The Superman trilogy I wrote a few years ago. It went to WB, courtesy of a friend of a friend, but I can’t say anything more.

I doubt it will ever go anywhere (as WB gets thousands of submissions every year that go nowhere), but I was, and remain, quite proud of what I did with it.

If so, can we have a wild, wall-shuddering, floor-moving party to close your OH sesh out with?

I’m not sure that we have time

Dude, come on. There’s always time for a wicked-schway party!

This coming from a kinda-sorta wallflower who really wants to cut loose (and then some) at the right party.

I will indeed! My wife too. She’s such a big fan she literally has a Cowboy Bebop face mask

Groovy! You found an awesome one, you did.

Its always fun to just sit back and watch.

I did my best!

Dude, you rocked the house and more!

If and when another Fan Event comes along, I’d love to meet up with ya and kick it. You’re my kind of Swamp Thing, Broseph.

As Above, So Below.

I really liked this one! Very suspenseful and well-made.

A gif from the animated Swamp Thing series? Joy!

slides 1,990 Cool Points over to @Razzzcat, along with the following figures, whose line was based on the show 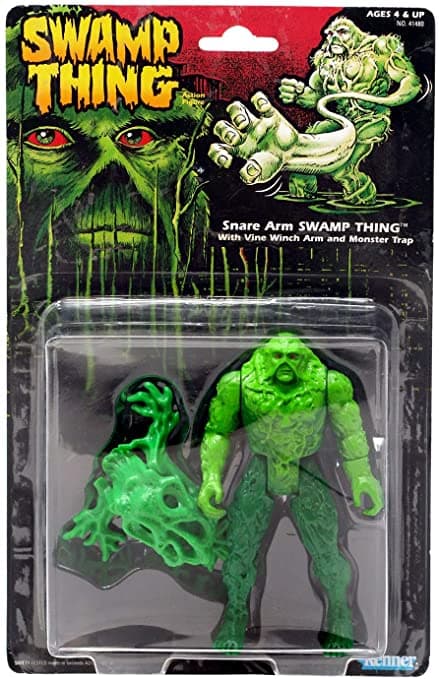 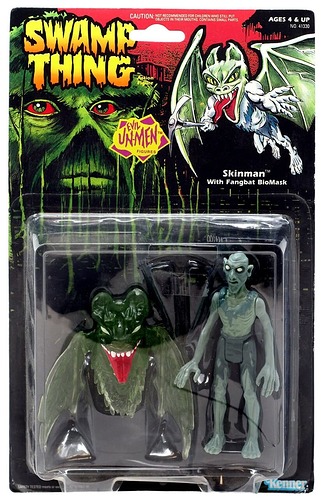 Allow me to quote myself when previously talking about Goddess Mode a few posts ago:

Its pretty badass, and from Vertigo. If I was a woman, I would absolutely cosplay as some of the characters and I’m not even that big of a cosplayer.

@Alec.Holland While your OH tenure is over, has it been said when @Jitsu will pick up the reins and steer the OH ship?

Apologies if you covered this last week and I missed it.

I have a question for @Jitsu, is he a fan of The Office?

Awesome, earlier this year or last year I watch all the episodes for the first time, and I was telling Applejack about it.

I was also pretty late to the game–I watched it all about 2 years ago for the first time. Really enjoyed it!

Say, when you next go back to England, can I join you? You can show me about London and the like, we could snag authentic fish and chips and a pint or two and then we could go to Forbidden Planet and just blow pounds and pounds away on all kinds of cool stuff.

@Alec.Holland While your OH tenure is over, has it been said when @Jitsu will pick up the reins and steer the OH ship?

Yes it has. Jitsu will take over the ship starting tomorrow at 5PM PST. Please head to the link below to ask him your questions!

Thanks again for all of the fun Tuesday evenings over the past 4 months. It’s been a pleasure! 'Til next time!