Hello, Jitsu. Prepare yourself for my questions:

Do you think DC will do anymore digital first series or any DCUI exclusive series?

If you had to get rid of 1 dc character forever, who would it be?

OK, hear me out: Superman. Not because I don’t like him—I think he’s one of the absolute best superheroes ever created. But imagine a DC pantheon without him! I think it would make for a really interesting superhero landscape if Supes never existed…who would be the iconic leader of so many books, movies, and shows? Who would be able to stand against the strongest foes of the Justice League? Pretty fun to think about.

What about you, who would you choose?

Hello, Jitsu. Prepare yourself for my questions:

Of all the updates coming for Community 3.0, which one are you most excited to see?

The Fan Art/Cosplay gallery! I’m a sucker for awesome fan creations, so I’m pretty stoked to see what kind of talent the DC Community has in store. Luckily, this feature is right around the corner–so keep an eye out!

What would be included in the “selectable avatars”? Would it be stuff like the DC emojis, or stuff like the Batman silhouette that’s already the profile picture default?

This will be a sort of “bank” that you can choose pre-made avatars to use as your profile image. So not exactly DC emojis, but more than the silhouettes that currently exist.

What entails “improved” notifications? (in the mid-term update)

This was mostly an update for our wonderful Moderators, but for general user experience, the speed at which notifications appear was increased. Hooray for faster notifications!

Is the long-term rewards system thingy anything like the one from two years ago?

Kinda! I can’t exactly attest to how similar it’ll be, as I wasn’t with DC two years ago, but from what I’ve been told about the program from a few years back, there are similarities. The vision is a system that rewards community members for engaging with the DC Community site—the more you engage, the more points you’ll get! That’s the TLDR!

Going off the last question, will there be Badges that work similar to that Reward system thingy?

There will definitely be new badges that reward interactivity! It won’t cross over into DCUI (like the example you made of reading a certain number of comics), but it’ll focus on what you do within the DC Community site.

Also sorta going off the last question, I’ve been here for a couple years. Is there a badge for users who have been here for over a year, or is it just the 30 day one? (if not, then will there be one?)

I believe there is not a badge for being a community member for over a year…but hey, that’s a decent idea! Maybe we can introduce it in a subsequent badge update.

Will there be a way to modify your profile picture from the DC Community tab instead of having to go to the DC Universe Infinite tab?

Unfortunately, that’s how it’ll work for the foreseeable future. I think if/when we ever reintegrate into the DCUI app again, it’ll change—but due to the way each tab/domain interacts with each other, that’s how it currently stands.

Thanks for these great questions!

Do you think DC will do anymore digital first series or any DCUI exclusive series?

Yes! This is something DC would like to do more of—just not sure what the timeline is for that.

This is probably a long shot, but with Swamp Thing Green Hell issue 1 released on DCUI, do you know how I can find out where issue 2 is? It was supposed to release months ago, and i cant find any updates on its delay/new release date.

I chatted with our content team, and it looks like #2 is slated for August. There seems to be some confusion around the series release timeline, so I’ll keep digging and try to get you confirmed details!

Hey just wanted to follow up on will there be anything for DCUI members at comiccon this year?

There are almost 800 replies in this thread, so forgive me if this has been asked before…

Do you have any hidden gems and/or surprises since exploring DC Universe Infinite?

I’ve discovered Tom King’s gritty and dark “Strange Adventures” with dual art by Mitch Gerads and Doc Shaner, and that apparently “Detective Comics” was a Batman/Batgirl team-up in the 70s! (Yes, please!)

OK, hear me out: Superman

What about you, who would you choose?

Aquababy. I loved his character, but it was not worth the tears after his death.

Thank you thank you!

Do you have any hidden gems and/or surprises since exploring DC Universe Infinite?

I admittedly never read much of the older Peacemaker stuff until we did the Peacemaker Book Club in January, and while I wouldn’t necessarily say it’s a hidden gem, I feel like some folks are a put off by the older stuff/origin stories. If you haven’t given that a read, definitely check it out!

Also, I’m not sure this qualifies as a hidden gem either, but the Future State: Batman Dark Detective stuff is some of my favorite! Definitely a lesser known/appreciated iteration of Bats, and oh so very fun to read through.

What’s the possibility of having Jim Lee participate in a future Q&A?might as well be a bit greedy.
I noticed you mentioned a new cosplay and art section in the future, will we be having contests in it beside just posting?
I noticed you mentioned that the new rewards program would be more focused on DCUI interactions and not so much as reading comics, it will there be rewards for reading comics as well. It was always an additional motivator for me to reread old series.

OK, hear me out: Superman. Not because I don’t like him—I think he’s one of the absolute best superheroes ever created. But imagine a DC pantheon without him! I think it would make for a really interesting superhero landscape if Supes never existed…who would be the iconic leader of so many books, movies, and shows? Who would be able to stand against the strongest foes of the Justice League? Pretty fun to think about. 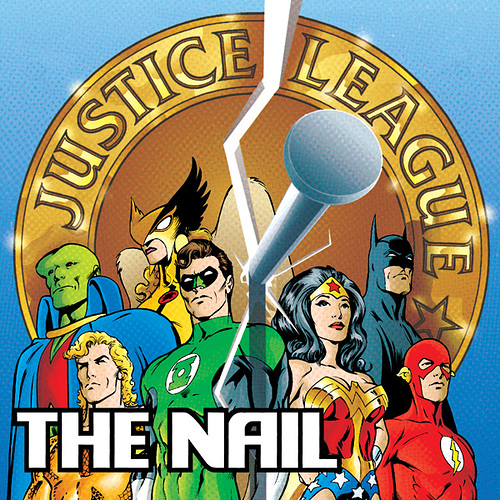 What would the DC Universe look like if the Kents had never found baby Kal-El? Find out in this breathtaking Elseworlds story!

Who would be able to stand against the strongest foes of the Justice League?

Doomsday would have wiped out Earth

Will DC Superhero Girls return with all new episodes of the TV Series for September 2022?

This is actually a question to all the members of this forum, I I’m thinking of hosting a watch along. How do I go about it? Do I have to let someone in charge know or make any special arrangements?

Just go for it, you can host a DC related movies or shows in the event section, just be sure to put the name of the movie or show in the title with date and time like this for example…

Write about the show or movie you’re hosting, when you’re done, you go to calendar thread and post your watch along

Post your link to it and it’s that easy, and also just let the people know about the watch along.

And to point out to anybody, I had hosted a few watch along before I was ever a club leader, so anybody can do it. The first one I think I did was Batman Forever.