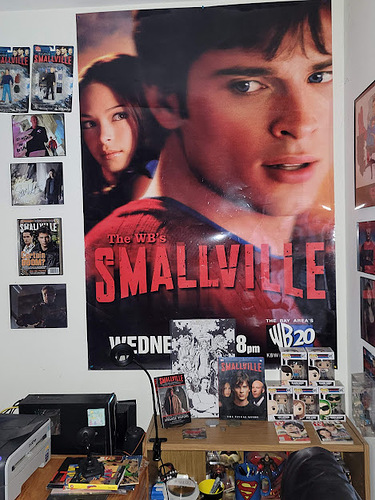 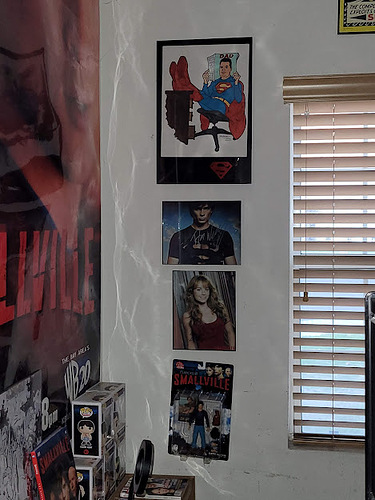 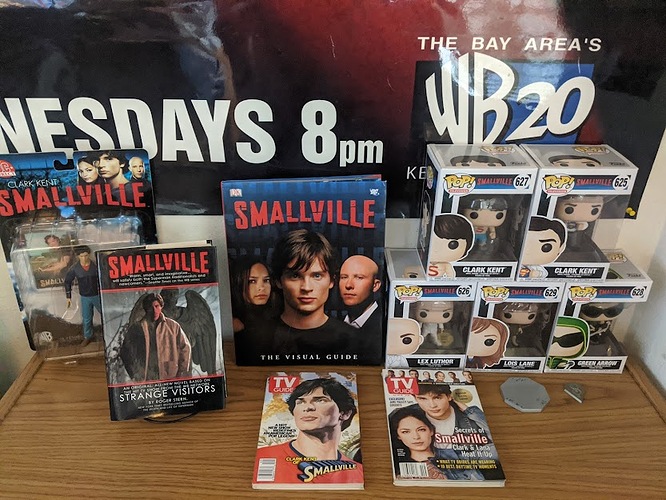 I am going to spend the day catching on my favorite episodes!!!

I’ll never forget how excited I was for this show to debut. I watched every episode that season (often taping it as I had my first job around that time) and it was not only great for me as a Superman fan, but also seeing everyone else who normally wouldn’t have given the character a second thought suddenly becoming interested in a young Clark’s Kent’s adventures as he discovers his powers.

Can it really be twenty years already?

Can I move in with you??? I will dust daily without complaint!

I was thinking you might want to post links to your club on this… but only once now!

Well because you mentioned it!

Smallville fans, we celebrate the 20 year anniversary with a season 1 watch party every Saturday kicking off tonight!!! Check out the link below for more details and links to join the Smallville Fan Club and find all the incredible happenings we have going on all the time including a special Halloween themed watch along every Sunday this month! Now go hug your Shelby

and join us for some fun!

[Season 1] Season 1 Watch Party Schedule! Every Saturday at 8 PM EST the Smallville Fan Club will host a Spoiler Free Watch Party for each episode of season 1! Where to watch: Smallville is available to streaming on Hulu or by digital download on iTunes/YouTube/Google Play/Vudu/Amazon Prime, or DVD and Blu-ray. We will keep track of all the unconscious characters and ruined vehicles to add to the Smallville Incident Report! Schedule: October 16th E1: Pilot

I thought I’d add the FanDome clip in case anyone couldn’t make it today. I thought it was a wonderful tribute! I binged this show non-stop during the first few months of the pandemic so this panel was a nice surprise! I wish they played a snippet of the theme song though. Missed opportunity, right there.

One thing I haven’t told @Bar-El about, is when Season 9 first came out on DVD, at Best Buy, It came with a shirt that Clark wears as a Blur. It was cool wearing a black shirt with a white Superman’s symbol that kind of faded out a little. Think I still have the shirt.

By the way @red_son_xx, that is a awesome Smallville collection you’ve got.

They did put a kinda similar version on the DC Shop you should check out!

I thought I would add this because of how great the show is.
Young Tom and Kristin Look great in this! OK, so I’m officially nominating @Jumpercables for coolest DCUI username of the week.

Thank you @Reaganfan78 I am still working on it

This weekend I will be attending LA Comic Con where I will get to meet the cast of Smallville for the first time.

Well…I met Michael back in 2015 @ Salt Lake Comic Con but Mr. Tom Welling is the man I wanted to meet. I have been debating on what I want to have him sign. So, I am asking you guys for help in this matter.

I have a comic book Smallville # 1
I have the Smallville Crows # 8 Jersey
or last @ SDCC SE I picked up a print that has Live action Superman on it. And this one has Tom Welling standing dead center.

or last @ SDCC SE I picked up a print that has Live action Superman on it. And this one has Tom Welling standing dead center.

This is Tom @ the signing of the art pieces!

And this was the selfie they took from the panel!!!