Why hello there, @ObscurityofDCClub and other members of the DC Community! Welcome to Week 40 of Obscurity of DC’s Obscure Book Club! This week, we’ll be concluding a 2-week focus on… 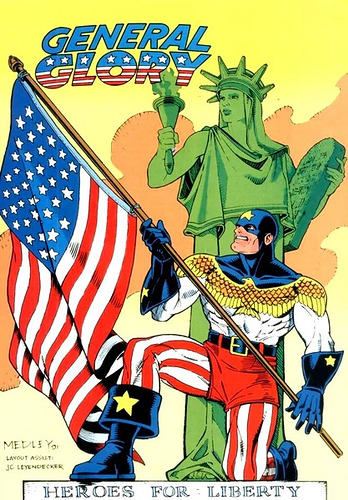 Very brief description from dc.fandom.com: Joseph Jones was General Glory, a patriotic war hero who resurfaced in the 90s. He became a member of the Justice League International.