Why hello there, @ObscurityofDCClub and other members of the DC Community! Welcome to Week 35 of Obscurity of DC’s Obscure Book Club! This week, we’ll be focusing on… 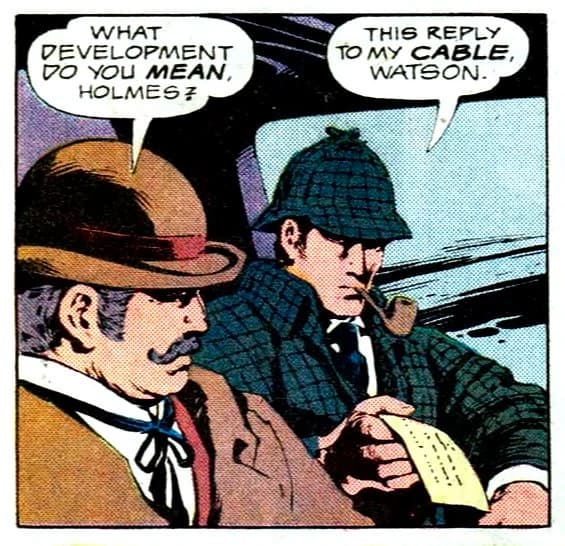 What We’ll Be Reading:

Very brief description from dc.fandom.com: Sherlock Holmes is considered one of history’s greatest detectives, active in London during the late 19th Century. His crime-fighting partner is Doctor Watson and his arch-nemesis is Professor Moriarty. He was originally created by writer Arthur Conan Doyle, but he was adapted to DC Comics by Gardner Fox and Joe Kubert in Flash Comics #69.