Why hello there, @ObscurityofDCClub and other members of the DC Community! Welcome to Week 26 of Obscurity of DC’s Obscure Book Club! This week, we’ll be focusing on… 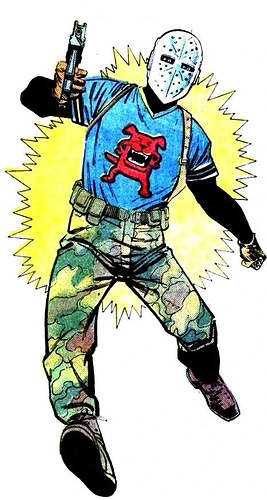 Description from dc.fandom.com: Wild Dog is a Quad Cities vigilante who targets domestic terrorism. His super-power is guns. In his civilian identity he is mechanic Jack Wheeler, who injured his knee in college and lost a football scholarship. He joined the Marine Corps and quit when his squad was killed by terrorists, then began fighting crime when his girlfriend was gunned down by mobsters. Despite being an excellent marksman, he is famous for simply spraying bullets until his enemies are dead. Wild Dog was created by Max Allan Collins and Terry Beatty, first appearing in Wild Dog #1.