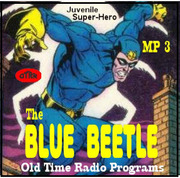 Hey @ObscurityofDCClub and everyone else on this wonderful community! Welcome to another one of Obscurity of DC’s Listen-A-Longs! Each Saturday, for the next few weeks, we’ll be listening to a radio show from 1940 that features Blue Beetle (Dan Garrett). This week, we’ll follow the Blue Beetle as he tries to take down a gang of gangsters stealing the payroll of innocent civilians.

Where: On this very thread!

How Long: Just 1 hour! There will be a 5-min break in the middle.

How to Listen: The google drive links are posted here and here!

As always, I hope to see you all there, and I can’t wait to listen to this show with you!

Just in case you want to put faces to the characters, here are some of them from the Golden Age books: 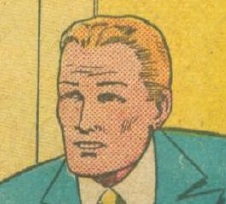 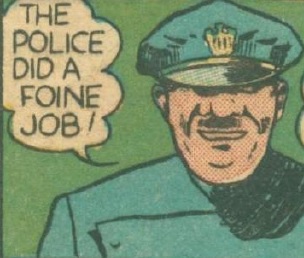 His most-used love interest, reporter Joan Mason (who appeared in early episodes like “The Sea Serpent”): 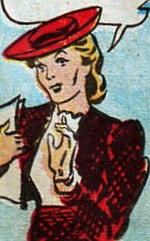 Actually, in this iteration, it’s always spelled Garrett. This is the Golden Age, remember.

Actually, in this iteration, it’s always spelled Garrett. This is the Golden Age, remember.

In most of his early appearances it was spelled “Garret.” Later on, some writers would get it wrong and spell it “Garrett.” For instance, this scene from Holyoke’s Blue Beetle #24 (August, 1943): 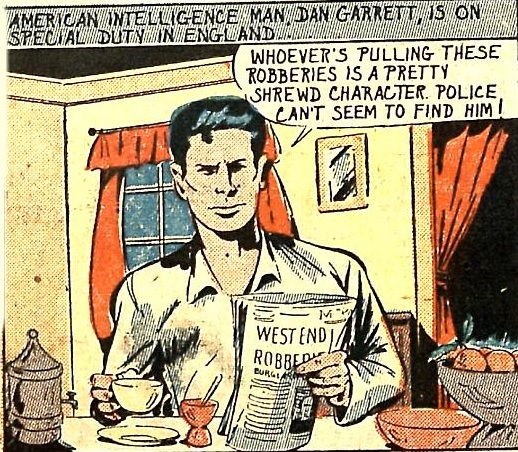 When Charlton revamped the character in 1964, they made him archeologist Dan Garrett and they always spelled it “Garrett.” That’s what I think you’re thinking of.

Actually, I have to correct myself a little

Charlton spelled it “Garrett” until their second revamp of the character in 1967 which introduced Ted Kord. In the '67 Blue Beetle, Steve Ditko and co. reverted back to the “Garret” spelling for archeologist Dan. So, I guess both Golden Age and Silver Age used both spellings.

I should be there, lookin foward to it

Spread your wings and fly away!